Cemetery Director Reaches Out To Families of Fallen Soldiers 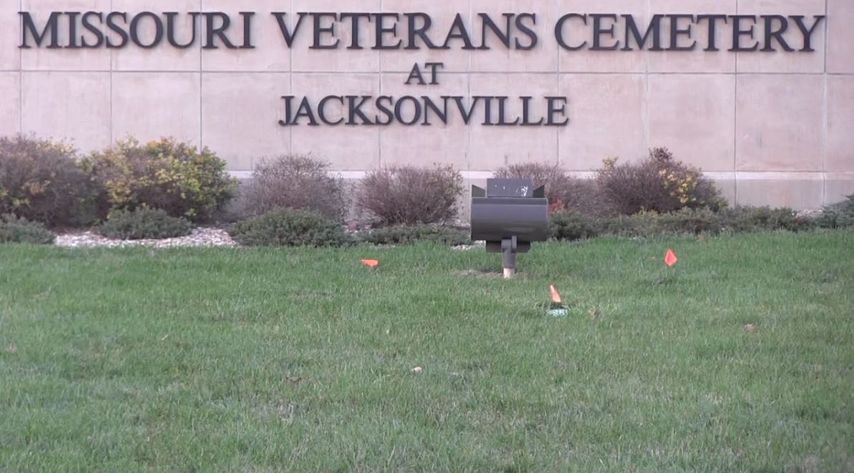 JACKSONVILLE - Funded and constructed in 2003, the Missouri State Veterans Cemetery occupies 117 acres of land and can hold up to 40,000 gravesites.

However, the goal of cemetery director Larry Carmer is to not only provide a physical space for veterans to be buried, but also to give families who have lost loved ones a much more personal experience than others.

"It's a special family out here," he said. "It [can be] tough, but I'm very glad and very grateful to be together with the families."

The Page's are one family in particular who Carmer has created a personal relationship with. On June 28, 2006, Rex Page died while fighting in Iraq as a member of the Marines.

The next day, Carmer reached out to his father Larry Page, and informed him about both the cemetery and the Missouri Patriot Guard, an organization which serves as a support system and holds ceremonies for killed soldiers.

At the time of Page's death, Carmer was only serving on the Missouri Patriot Guard. But because of his efforts to reach out to various families of fallen soldiers and his involvement with the veterans cemetery, he was given the opportunity to become its director.

While the loss of their son was difficult for the Page family to deal with, a bond was formed between them and other families of deceased veterans through the cemetery, something that Carmer said helps provide closure.

"It's a bond- it's a sad one," he said. "But it's a very strong one because they support each other and they know what each has gone through."

In addition to the room for graves, the cemetery also features a wall with 800 spaces for those who choose to be cremated. The wall lies next to the Committal Shelter, which houses internment services and ceremonies.