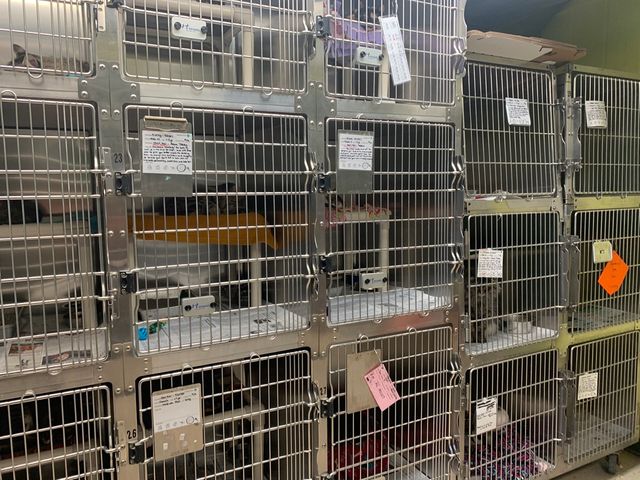 COLUMBIA - Forty-five cats, two birds, and three dogs are currently being housed at the Central Humane Society after a large impound on the 2700 Block of Pine Drive.

Community Engagement Coordinator of the shelter Megan McBride said the number of impounded animals was a shock to the shelter. In fact, the shelter is not taking in any other cats right now.

"Our shelter was originally designed in the 70's so we really weren't set up to house this many animals so we are definitely experiencing a crisis right now being so overwhelmed," McBride said.

The shelter reached out to community members on Facebook to ask for help. The post encouraged people to donate litter, grocery flats, metal 13x9 baking pans and small metal bowls, and monetary donations.

"We were already running a little bit low, so now we are definitely running low on all of our supplies," McBride said.

The previous owner of the animals, Joy Lassell, hopes to get four of her animals back from the shelter, especially her toy poodle Tinkerbell.

"She lives with me on my bed basically, she lives on my arm she's my little tiny Tink."

Lassell said the rest of the animals belonged to her sister who just recently moved onto her property. She believes her sister is the best caretaker for these animals instead of the Central Humane Society.

Animal Control advised the resident to remove some animals from the property and have vaccination records and city licenses for each of the pets by Aug. 19. Lassell said it wasn't enough time.

The 50 animals from the impoundment are not available for adoption right now. The shelter will be waving adoption fees this weekend for all cats and kittens.

The shelter is asking anyone who finds a stray cat to care for it until the weekend is over.