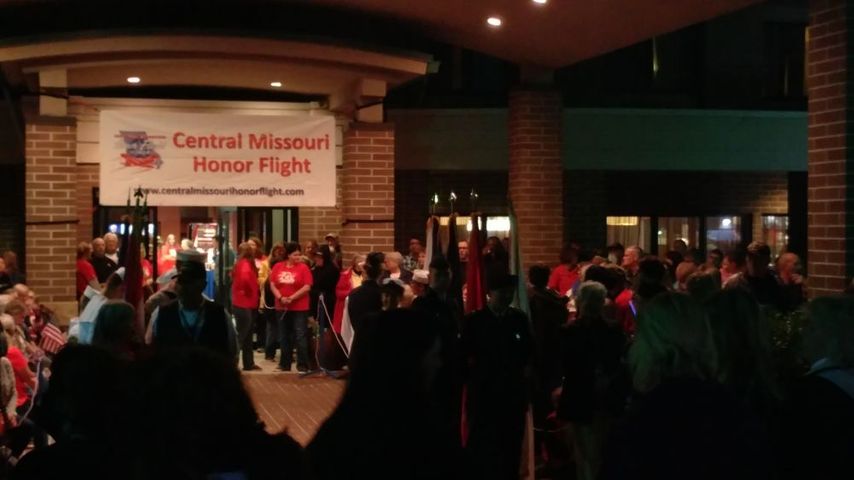 Nearly 3,000 veterans have flown to the U.S. capital with Central Missouri Honor Flight since 2009. More than 600 veterans are on the waiting list for future flights.

“No one back in 2009 could find the ground for what we have today,” Shelley Becker, community relations director for Central Missouri Honor Flight, said. “As it grows, more elements are added to show our veterans how much their services have meant to our country and protecting our freedoms.”

The organization’s 46th mission departed Monday morning and arrived back at the Columbia Courtyard Marriott Hotel on Monday night. Within nearly a 21-hour span, veterans flew to Washington D.C. to visit memorials in commemoration of their service.

“I think it’s really just an emotional thing that we get to see in honoring these soldiers that went and fought for us,” Lorry Myers, spouse of one of the veterans, said. “This is their homecoming, and this is their one time that they get to be welcomed home.”

Her husband Randy Myers, a Centralia native, served his first year in the Vietnam War in 1970.

The flights were cost-free for the veterans, funded more by individual contributions than large donations, according to Becker.

Myers said the event was well organized and encouraging for war veterans and their families alike.

“I think anybody who has never had this experience before, they need to come out and experience it,” Myers said. “The families that come, they’re all welcoming and encouraging and making us all feel like we are part of it and it’s for all of us.

Central Missouri Honor Flight is looking into a future date to schedule the third mission of the year.