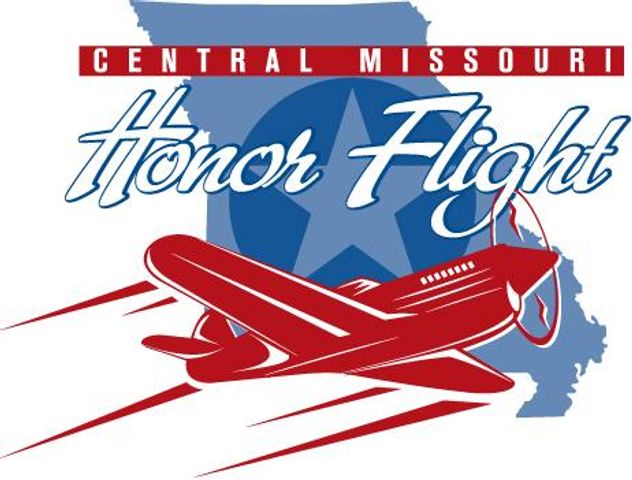 Tuesday's flight was the sixteenth in Central Missouri Honor Flight history. The program aims to provide flights free of charge to veterans of United States wars. Right now, the program is focusing on transporting as many World War II veterans as possible to Washington D.C. While there, veterans have the opportunity to view the memorial dedicated to the conflict in which they served. Though the focus is on WWII veterans, the program will not turn away veterans of other wars if space is open on the flights, which often carry more than 100 people.

Steve Paulsell is the vice president of the Central Missouri Honor Flight program. He said this latest flight allowed him to see ways in which he can improve veterans' experiences. On every trip, veterans visit Arlington National Cemetery. On previous flights, the veterans would have to transfer from a bus that takes them the cemetery to a tram that would transport them inside the cemetery. However, on this trip, veterans were able to stay on board the bus through the cemetery. Paulsell said this provided two advantages: It prevented the veterans from having to move from one vehicle to the next--something that proved to be difficult for some veterans--and it provided shelter from rain, something the trams used before didn't provide. Paulsell said the use of buses is something he hopes to continue for future flights. The only conflict is working around funeral ceremonies during the day. Paulsell said he wants to remain respectful during those ceremonies, but he is optimistic they'll have use of buses for future trips.

While the Central Missouri Honor Flight focuses right now on WWII veterans, Paulsell said he anticipates opening the focus to include Korean War veterans within the next 18 months. He said that all depends, though, on how many applications he continues to receive from WWII veterans.

Veterans who want to participate in an upcoming honor flight can do so by filling out an application form. You can find more information about upcoming flights, volunteer applications, and answers to frequently asked questions on the Central Missouri Honor Flight website.