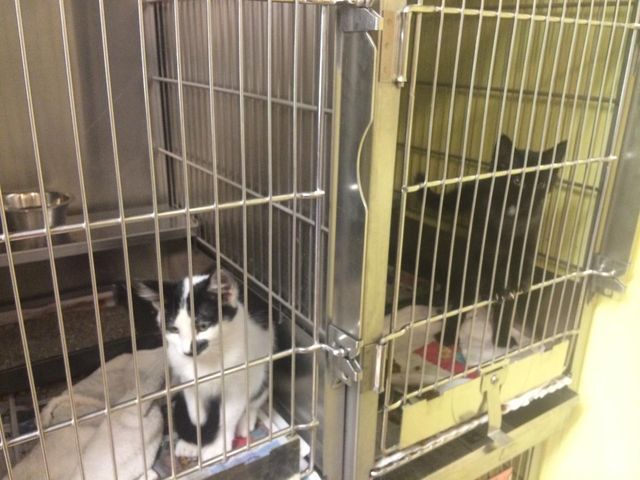 COLUMBIA - The Central Missouri Humane Society has seen a successful summer despite the influx of cat admissions.

The influx is a yearly trend since cats breed in the spring and summer months, resulting in people dropping off kittens at the humane society.

"We do get adult cats by themselves quite often, but we also do get litters of kittens coming in," Casey said. She said this happens much more often during the summer.

Jesse Barton, a kennel technician, said overcrowding with cats has been a major problem this summer. Summer is typically a difficult time when it comes to adoptions since families are away on vacation.

Casey said the humane society sees a spike in admissions after graduation as students move away.

"We understand that there's changes in lifestyles and things happen," Casey said.

The health of the admitted kittens depends on whether or not they entered the humane society with a mother. If they did not, the humane society has a network of foster families to bottle feed the kittens and nurture them to an age where they are ready to be adopted.

"We try to plan accordingly because we know its breeding season," said Casey. "Especially with us filling up on cat space, we like to promote different adoption specials."

This summer saw the first flash sale for cats at the shelter where kittens were priced at 50 dollars and adult cats were free.

"It's been wonderful," Casey said. "So far we've had around 34 adoptions which is amazing for three days."

Even though the humane society was near capacity, Casey said they are open admission and they never close their doors to animals in need.

"We were pretty full so anyone who owned their animals, especially their cats, we were asking them to maybe wait a few days until we had some more adoptions and more space opened up," Casey said.

In spite of the overcrowding, Casey said the summer has been a success. She said there are families coming in specifically during the summer looking for kittens, since they know the humane society has an abundance of them.

"Adoptions have been up high and steadily staying there, despite college kids being gone for the summer," Casey said. She said she hopes the rate of adoptions remains high in the fall when students return and families are no longer gone on vacation.

Casey said the humane society was very lucky to have the community behind them in their efforts to provide animals with caring homes.

"The support after all these years is amazing," Casey said. "We couldn't do it without them, and we also have a fantastic base of foster parents and volunteers."