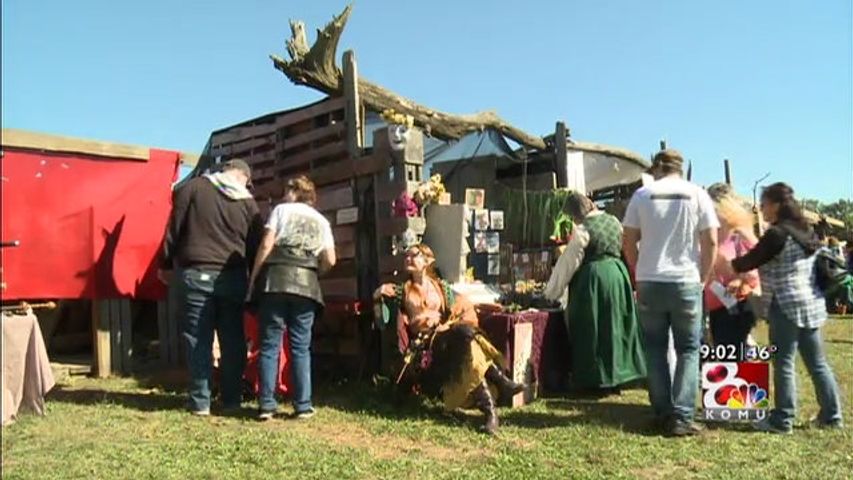 Doors opened at 10 a.m. to those ready for a step back in time with villagers, kings and queens. The festival had five stages and a fighting field with local and regional entertainment, including bands, escape artists, dancers and magicians.

This year, the festival partnered with The Food Bank for Central and Northeast Missouri and the Raptor Rehabilitation Project. A percentage of the proceeds from ticket sales will go to each organization. Attendees can also bring two canned goods with them to donate to the food bank and receive $2 off the $12 admission fee.

President Doug Wilson said the partnership is part of the reason for their growth this year. He said they are expecting 3,500 attendees, compared to 2,5000 in recent years.