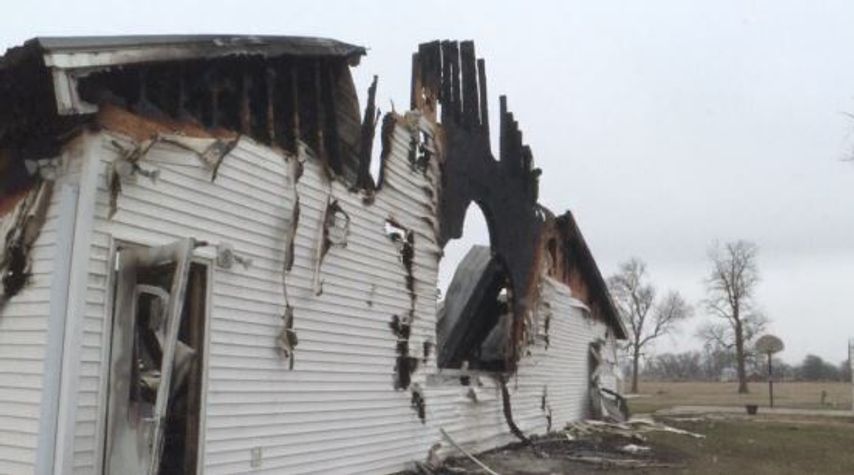 AUDRAIN COUNTY - The Friendship Christian Church held its monthly board meeting Tuesday night, but this time it had a different focus. The church burned down Saturday night. It’s a total loss.
“The assumption is we are going to rebuild,” Pastor Jed Angell said.
The church is still holding services at 8 and 10 a.m. Sundays at Friendship Place in Centralia. The building members are using now was just used for youth, but now it’s going to be used for the entire congregation.
The board members opened the meeting with prayer asking for guidance on their next steps.
“Why don’t we go straight to the reason we’re all here,” a board member said.
The Little Dixie Fire Department called the fire “accidental electrical.”
“There’s kind of a weird excitement. It’s kind of odd to think about that, but after the initial shock and the initial grieving or mourning about what you’re looking at just to be totally destroyed, after that moment, then you look forward,” Angell said.
The board decided to send thank you notes to all the fire departments that responded. Angell said the fire departments worked hard to try to save anything they could.
The board talked about everything from buying new chairs to what the new building will look like. They approved purchasing 100 chairs to get back on their feet. “Or we could just stand like our brothers and sisters in third world countries,” Angell joked.
A lot of the equipment that was destroyed in the fire belonged to church members. Angell said, “We’ve already purchased about $15,000 of musical equipment.”
“I got a phone call this morning from a church in Slater, Missouri,” a board member said. “The pastor brought a $555 check to us today, we also had another call from a church in Columbia.”
Angell said there’s an $880,000 limit for the building itself on the insurance policy, which they hope to get soon.
Angell and the rest of the board are hopeful for the next steps in the rebuilding process.
The president of the board ended the meeting saying, “This too shall pass.”