Centralia Cleans Up After Storm 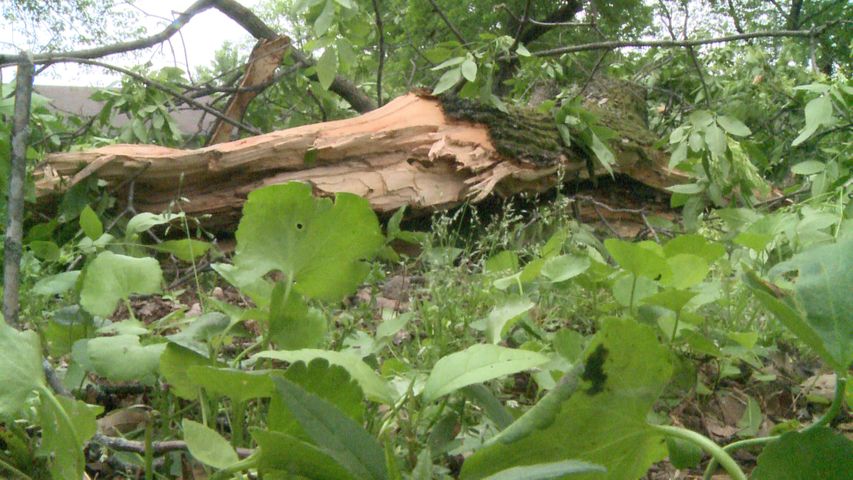 CENTRALIA - Residents in Centralia cleaned up Monday after a storm tore through the city Sunday afternoon.

The Centralia Police Department said they had no injuries reported and City Administrator Lynn Behrns said, after a brief power outage Sunday night, he believed all residents had power as of Monday afternoon.

City crews worked to clear fallen branches and limbs from the streets early Monday morning in order for vehicles to get through.

One of those limbs totaled the van of Christy Tennison. Tennison and her daughter Nichole had been in the van just minutes before, but Nichole felt sick while waiting for her mother and went inside just moments before the limb broke and landed on the van.

"Next thing we know we hear this big boom and I jump up and I'm like 'Oh my gosh, what was that?' and we come over to the window and we see the tree on top of the van," Christy Tennison said.

Christy Tennison's stepfather, Marshall Stringer, was sitting on his back porch when the storm intensified and he ran inside for cover.

"All the sudden this big old gust of wind or tornado or whatever it was just come up and tore everything up," Stringer said.

The family's residence on South Clayton Street had several trees downed in the front yard and Marshall said he hoped the city would help the family pick the debris up.

Behrns said residents are responsible for cleaning their own yards, but city crews will pick up broken tree limbs left roadside over the next couple of days.