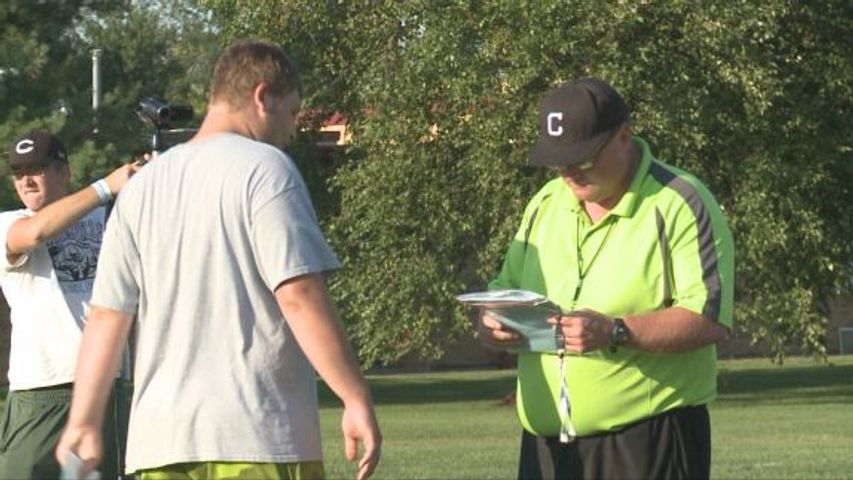 CENTRALIA - As Erle Bennett enters his 23rd year as head football coach at Centralia High School, he'll return with a familiar look on defense: the 3-3-5.

"It allows us to get downhill on the football with our linebackers, get 'em out and run, and it gets us enough guys in coverage that we can match up with most of these spread sets," Bennett said.

"This fits the kids I’ve got and it fits what we’re seeing today in today’s offense," Bennett said.

Centralia coaches teach the defensive formation to players on an annual basis.

Defensive coordinator Mike Adkisson said, "As long as you’re consistent in what you tell them, what you’re calling things and the reasons why you’re doing certain things on the defense, kids pick it up quick."

While players weren't too familiar with the formation to begin with, they've learned and embraced it.

Senior defensive end Sam Hasekamp said, “It’s the icing on the cake right now. We’re flying around hitting people and it’s a whole lot of fun now once we’ve gotten it down and mastered basically."

As Centralia approaches the 2016 football season, the defense has looked sharp to coaches.

"We’ve stayed consistent throughout camp to this point, to week one. I think they’re ready to go, I think they’ve picked it up nicely," Adkisson said.

He said the team will perfect the formation just by getting experience playing in it.

"There’s just always new stuff out there to go out and get and Coach Bennett does a great job of that as well as having us go out and learn ourselves," Adkisson said.