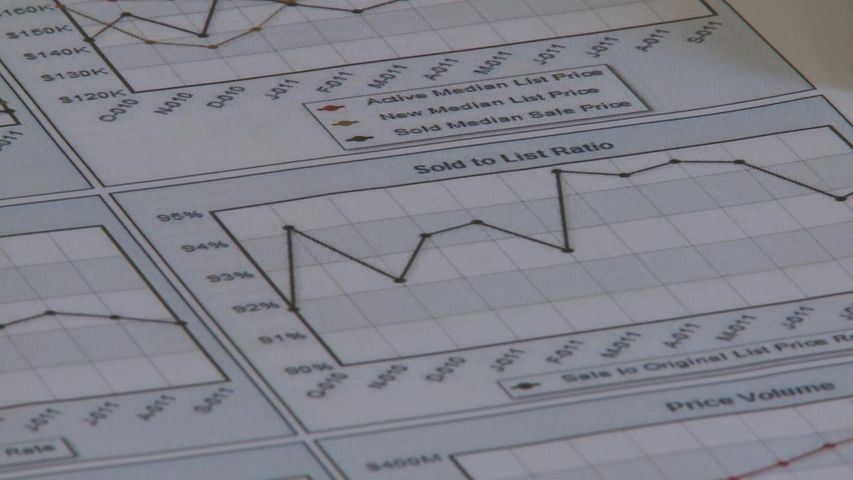 CENTRALIA - Home prices across the nation have continued to fall since 2008. In Missouri, housing prices have dropped 22% in the last 3 years, according to Zillow, a real estate analysis website. As a result, homeowners have watched the price of their home continue to depreciate. Coupled with the tough economy, some families are struggling to make ends meet every month.

"There has just been nothing we can do about it.  But the mortgage payment is extremely, extremely high - no job, no jobs - so we have to do something about it and refinance. We hope, we really hope, this is going to work for us," said Sue Oberman.

Steve and Sue Oberman have called Centralia home since 2006, when they made the big move from Columbia. At the time, the housing market was in its peak.  Since then, the Obermans have watched the price of their home only continue to go down.

To make matters worse, the Obermans can't seem to sell their home.

"We may just be stuck here," said Sue Oberman, who said she would love to move back to Montreal where she grew up.

In an attempt  to make the mortgage of their home more appealing, the Obermans have chosen to refinance their home.  However, it has proven more difficult than they originally thought.  Steve Oberman said the hardest part is saving up just to make the payments every month.

"We are seeing signs here in Columbia that things are starting to turn around in our market. The other day, I saw that a new neighborhood is being built in the area. A new neighborhood! It's been a while since that's happened here."

Although some families in the area are currently struggling to sell their homes, O'Brien said it's just a matter of time before the market turns around.

"Homes might not sell today, but the owners need to step back and analyze why it's not selling," said O'Brien.

Daniel Johnson, who teaches Real Estate at MU, said people are simply scared to buy homes right now. But he agreed with O'Brien, and said in a matter of years the real estate industry will begin to pick back up.

As for the Obermans, they plan on calling Centralia home until that happens, and they are able to move on.