Centralia looks to improve safety of walking to high school 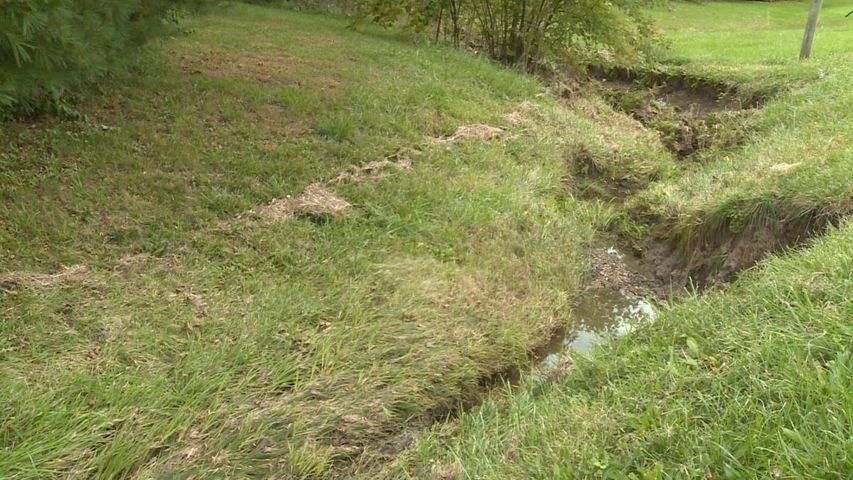 CENTRALIA - The city of Centralia is looking to improve walking safety for both students on school days and community members on Friday nights.

Currently, there is no actual sidewalk in southern Centralia along South Jefferson Street from the approximately 400-person high school all the way to the city limits. That means those who want to walk from areas south of town to the school, whether it be for school or a Friday night football game, have to walk on a narrow road.

"Some of the kids walking, especially from the south, right now would have to walk along a narrow street with no curb, no gutter and pretty good sized ditches on both sides of the road," said Centralia City Administrator Matt Harline.

The city is working to come up with a proposal to install side walks over the ditches to give pedestrians a safer route. A storm water management system would also go into place underneath the sidewalks in order to replace the sewer water system that currently inhabits the ditches.

'We've built good sidewalk systems to all the other, the elementary, the intermediate and the middle school here in town. It's the one that's left, and it's been on the agenda for a while," said Harline.

Harline said the reason the walkway system exists like it does is because it used to be a different type of road.

"Many years ago it was a state highway, Route Z, and it was designed to be a rural highway. At this point it's totally within the city, and it's something that we feel we'd rather have a sidewalk system there," said Harline.

Harline also said the sidewalk is a priority due to support from the school system.

"One of the reasons why we're making this a priority right now is I've talked to Darren Ford, the superintendent, and this is one of the projects the school district sees as pretty important. And this is a partnership kind of project between the city and the school district," said Harline. "This has been identified as one of their needs, one of their high priority wants, to build a new safe sidewalk," he said.

KOMU 8 News tried to reach out to the Centralia Superintendent, but he did not return our calls.

Centralia Public Works is creating a sidewalk proposal to submit as part of MoDOT's Transportation Alternatives Program, or "TAP." In particular, the city is applying for the department's "Safer Walk to School Grant." This grant is part of the Safe Routes to School Activites category, one of 13 possible categories that a group can apply for as part of TAP. The SRTS Activities Category encourages members of the community to ride and walk to school as opposed to driving.

Overall, as part of TAP, MoDOT has set aside $31.355 million dollars statewide for projects that the department deems acceptable. MoDOT has also split the state into nine separate districts: St. Louis (EWGCOG), Kansas City (MARC), Springfield (OTO), NW District, NE District, KC District, CD District,SW District and SE District. MoDOT decides how much money to give each district depending on how much of the total statewide population it makes up.

Centralia is in the CD District, which has $3.258 million allotted to the region for select groups. Harline said there are many good projects out there, and he doesn't like comparing Centralia's to others.

"You know, it's hard for me to judge other people's worthiness, but not only is the high school the place where the kids are going to school and there are people walking there, but the high school football games, the other events, lots of people walk to them from that part of town," said Harline.

Proposals for TAP were due on November 14, and MoDOT chooses which projects receive grant money on January 9. If Centralia receives the grant money, the sidewalks and storm water management system would not go into place until the summer before the 2016-2017 school year. If the city doesn't receive the grant, the project will remain on its wish list.