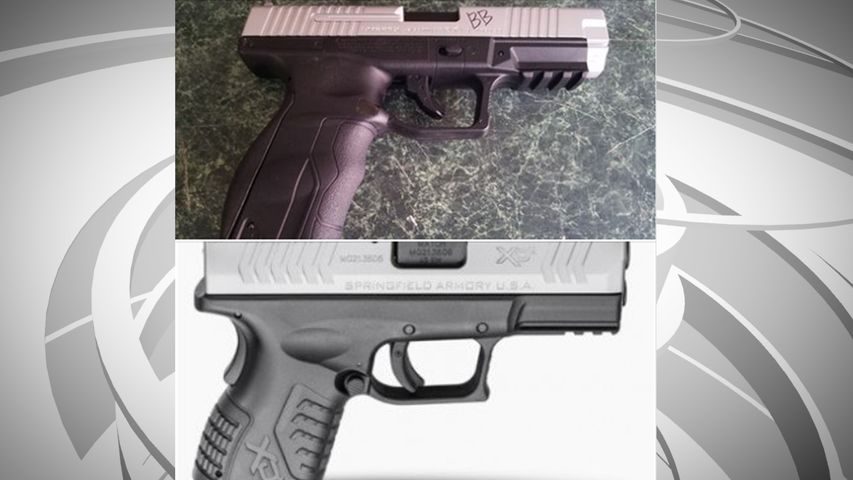 CENTRALIA - The Centralia Police Department took to social media with concerns about how realistic BB guns can look after an incident Tuesday.

Officers responded to a call of suspicious male with a gun, and when they got to the scene, found two juveniles with what looked like a pistol. Police took the juveniles into custody, and determined the weapon was actually a CO2 powered BB gun.

Chief Robert Bias said in Monday's Facebook post that he is asking parents not to let kids walk around with realistic-looking BB or toy guns.

“I am making this post in a hope to avoid this in the future where an individual will not be injured or killed for carrying a BB pistol," Bias said.

Referring to a photo comparing the BB gun and a real pistol, Bias asked the public to tell the difference between which one is real and which one isn't.

"We as police officers NEVER want to take someone's life especially for something this stupid and avoidable," Bias said.

Bias noted in the post that the letters "BB" written on the gun in the upper image were added by his officers after the incident.