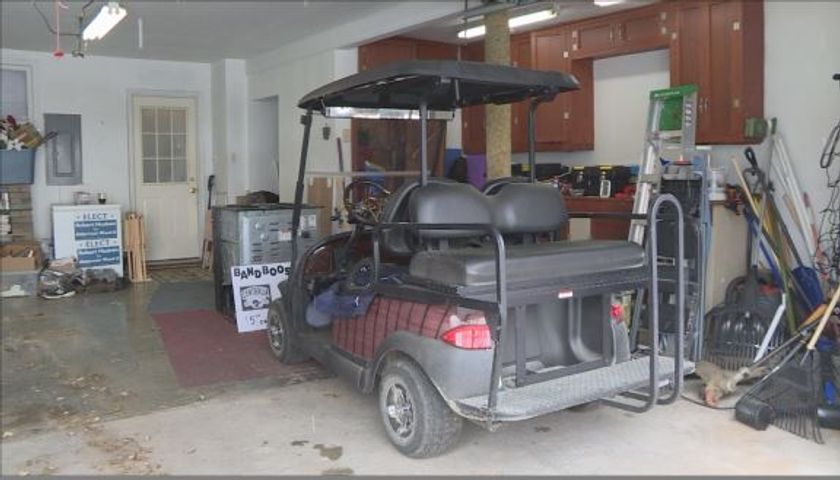 Centralia Ward 2 Alderman Robert Hudson said he has seen one of these problems firsthand.

Another complaint Bias has heard from residents is after seeing operators drive them incorrectly.

"That doesn't just mean underage drivers, that means there have been some other folks that have been of age that operate them carelessly to the point where someone thought they were going to be hit by them, stuff like that," Bias said.

The current laws in Centralia specify a golf cart is, "a motor vehicle that is designed and manufactured for operation on a golf course for sporting or recreational purposes."

The law continues to say the carts can be used and operated on Centralia streets, alleys and highways if certain requirements are met.

According to Bias, the golf carts need "adequate brakes, valid liability insurance on the vehicle itself, and operated by a valid drivers license."

Part of the new ordinance will add a registration fee. According to Bias, the city attorney is wanting to add this as a safety inspection of the vehicle.

"[This would] essentially mean [an officer] would walk around it and check [if the cart has] brakes [and] lights," Bias said. "[It would be] a general safety inspections, not mechanical inspection."

Hudson said it'll operate like a checklist to make sure all safety features are working.

Bias said the money would not be a "revenue generating thing." The cost of registration would cover the inspection time and cost of the sticker.

"I noticed... we don't have regulations. We don't require them to have liability insurance anything like that," Bias said. "Part of this is essentially enhancing it and adding to it already."

Hudson agrees with Bias that measures on UTVs need to be added to the city ordinances.

"I believe we do need to address that as a city because people do drive their UTVs on their city streets," Hudson said.

"Well, our current ordinance was discussed and passed in 2011. At that time there had been a pretty significant increase in gas prices, so the discussion was made to allow people to use golf carts on city streets," Grenke said.

In addition to gas prices, he thinks more people are using golf carts because they offer convenience.

"It's a nice, relaxing way to drive around town and interact with people," Hudson said. "[You get] to be more social in a golf cart, and it's more enjoyable."

Currently, the aldermen, Bias and the city's attorney are reviewing other cities ordinances on golf carts and UTVs.

Bias said if the new ordinance passes, it would go into effect within the next three to six months. After going into effect, drivers will be given a small grace period to learn the new rules.

"It's not one of those things we are going to be writing tickets on right the first day because it has an educational period," Bias said. "It has to be around 30 to 60 days, I don't know what number for sure."

All three expect the ordinance to go into effect by January 1, 2019.