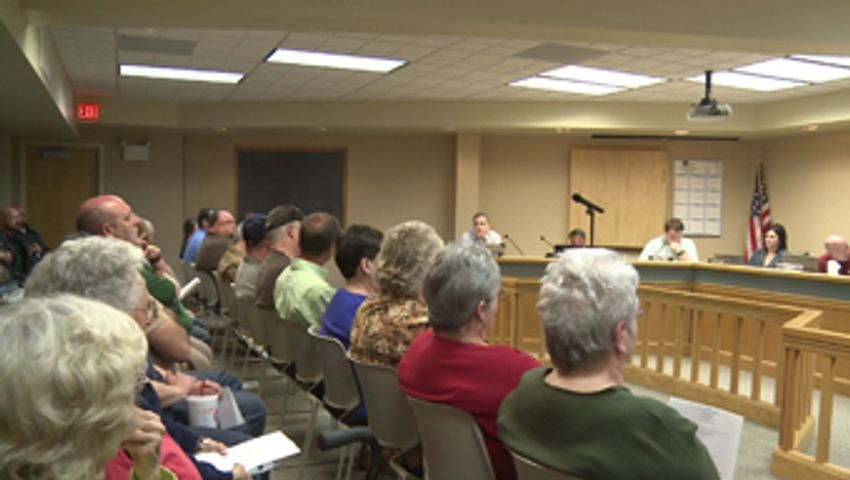 CENTRALIA - Centralia's board of aldermen got an earful at Monday night's meeting as critics turned on the police chief. Centralia residents made their strong feelings against the current Police Chief Larry Dudgeon known at the meeting.

The board heard comments accusing Dudgeon of blackmail, sexual assault and covering up evidence. Centralia resident Daniel Hubbard told the board about his negative experiences with Dudgeon. In an interveiw before the meeting Hubbard said, "People of Centralia that he has strong armed and blackmailed need to step forward. They need not to be scared because they will be protected."

But the residents have no tangible evidence to back up their claims- only hearsay.
Alderman Don Bormann said, "They provided no evidence to speak of to support their allegations when we investigated it earlier. I don't expect them to come up with anything now."

The board looked into allegations of wrongful firings and sexual harassment against Dudgeon last spring. It  unanimously voted to keep Dudgeon in his position saying they "found no reason to remove" Dudgeon and, that "the city also finds no reason to reconsider any past personal actions."

Dudgeon did not attend the meeting Monday night and had no comment when asked about the allegations. These new allegatons will not be investigated by the board unless physical evidence is brought to its attention.