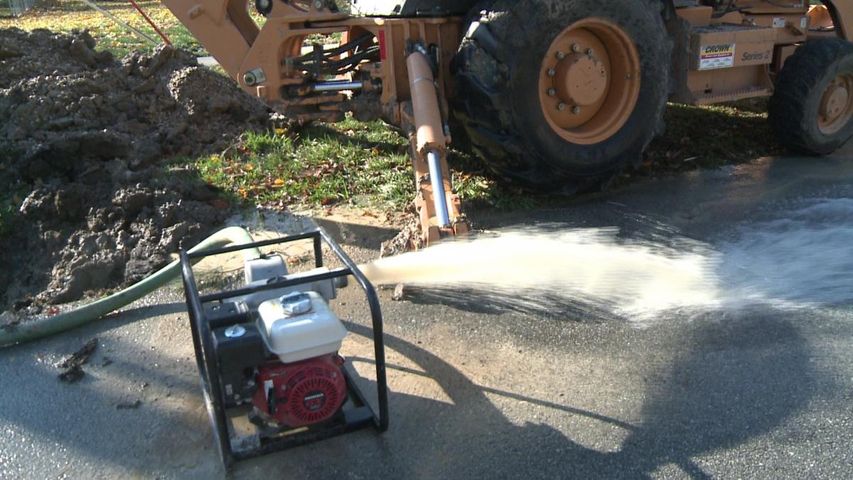 CENTRALIA - Water was running again Monday after a water main break Sunday. But city water officials report they are still fighting a second water main break near the corner of Jefferson Street and Lakeview Street, caused when the first leak was fixed.

Centraila is under a boil order through Tuesday. The order caused bottled water sales to skyrocket.

Prenger Foods, a local grocery store, sold nine pallets of water. Regina Kroeger, a store manager, said she has never seen water fly off the shelves like it has in the past two days. Customers bought about 15,000 bottles of water since Sunday.