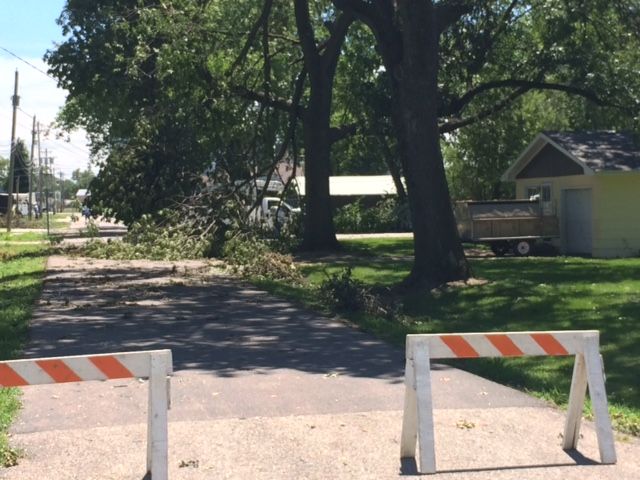 CENTRALIA - Centralia City Administrator Matt Harline announced in a news release Saturday that power had been restored to all homes that were ready to be reconnected.

Harline said "there are a dozen or so houses that required their own electrical connection to be repaired," which is typically caused by a tree or tree limb pulling the masthead off the house when it pulls down the electrical line.

Anyone still without power or if they have had their electrical connection repaired and need to be reconnected, should call 573-682-2139.

Harline said the main issues are the electricity and debris removal. The city is asking citizens to bring the debris from their yards to the old landfill site on Ann Street or to the debris pile under the water tower.

Some citizens were without water Friday Morning but the city got water back to the water tower around noon.

"If you have some special need and you need a generator, you can call city hall and we will do our best we can to get one to you." Harline said.

Since the temperatures were in the high 80s for most of Friday, the city set up cooling centers in city hall, the recreation center, First Baptist Church and Centralia United Methodist Church.

The Red Cross brought free lunches to the Rec Center for anyone without power. The Missouri Baptist Church Disaster Relief Group was also helping people in town remove debris from their homes.

(Editor's Note: KOMU.com has updated this story for information.)