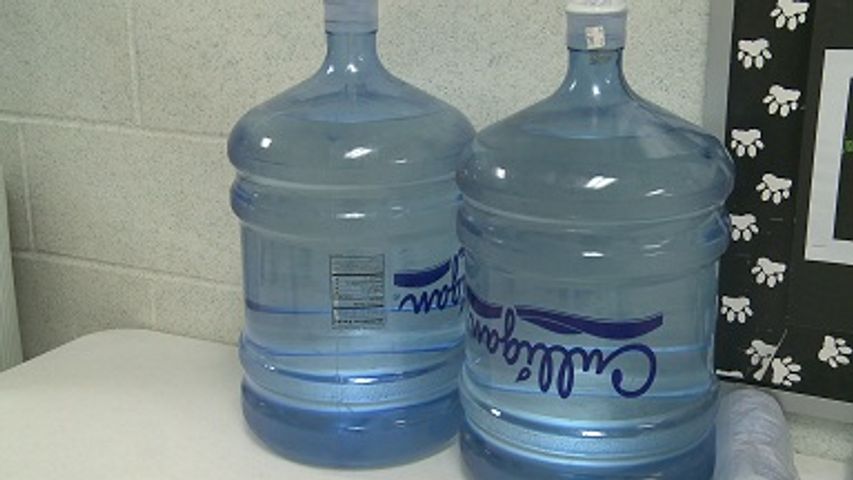 CENTRALIA - After two water main breaks in the past couple of days, Centralia Public Schools asked students to bring something more than books to class on Tuesday.

Superintendent Darin Ford said the district saw a good response in its request for student to bring their own water.

"We also have Culligan water stations set up at the schools, so the bottled water was there to help offset...It would be difficult for everybody to drink out of those water stations and keep those well supplied," Ford said.

Centralia Elementary School houses about 340 third, fourth and fifth graders. The school had about eight water jugs to serve its students.  All the students brought two or three containers of water with them, but the actual bottles themselves were a distraction.

"Mostly it's the noise. They grab them, and they crack and pop," fifth grade teacher Rebekah Kropf said. Students at CIS also sit at tables with computers, so Kropf said they had to be careful not to spill.

Centralia City Administrator Lynn Behrns said the city is still under a boil order Tuesday, until it receives lab sample results from the Missouri Department of Natural Resources. Behrns said he expects to have results before 6 p.m. Tuesday. The city will likely be under a boil order for some part of Wednesday. This means students could need to bring their own water to school on Wednesday. CIS also expects to have about half of it's water jugs left.

Centralia still does not know the cause of Sunday's water main break that affected the whole city.