CENTRALIA - Third grade teacher Misty Williamson is in the middle of a fight with breast cancer. Even so, she says she lives her life by "finding joy in every moment."

When her chemotherapy started, Williamson was worried about how some of her students at Centralia Intermediate School might react to their teacher losing hair.

"I was just laying in bed one evening, thinking about how I could help my kids during this process. A lot of them were anxious about losing hair," she said.

Williamson said the prompted an idea.

"I tried to come up with something fun, and thought we would do wigs," she said.

Each week, Williamson draws a student's name and they get to find a wig for her to wear that Wednesday. She says all of the parents have been extremely supportive, too, buying their children the wigs. 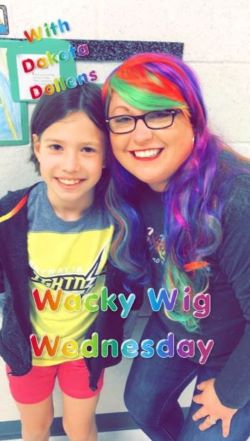 Breast cancer hasn't been the only struggle Williamson has faced. In the fall of 2017, she lost her 21-year-old son unexpectedly. Then, her mom passed away just nine days later.

She said, with the support of her community, her church and her students, she has been able to keep going.

"Centralia has always been a great community about supporting 'their people' during times of tragedy or sorrow," Williamson said. "They've done the same in this situation." 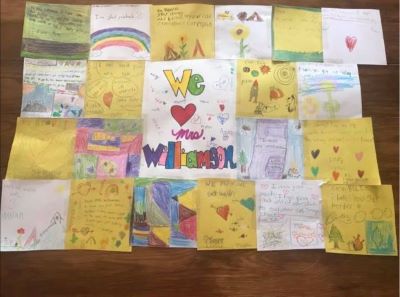 "I started my year off with perseverance. I think that's the key to every situation -regardless of what your age is - and you can't learn it too young," she said.

Doctors caught Williamson's cancer early and she is optimistic about her future. After 12 weeks of chemotherapy, and then hormone therapy, she believes she'll beat it.

Williamson said she hopes she can offer some guidance for others facing difficult challenges.

"Focusing on the positives instead of the negatives, finding joy in every moment, finding that silver lining," she said.