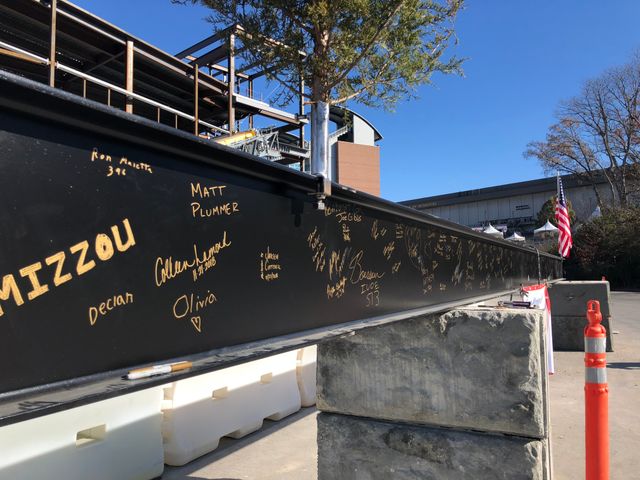 COLUMBIA - University of Missouri Athletics, Reinhardt Construction and Mortenson Construction hosted a ceremony to commemorate progress made on the South End Zone Complex on Wednesday.

"It's a significant point in time, and obviously putting the highest beam into this project is a point that we wanted to get to as quickly as possible," Sterk told KOMU. "All the trades and all the work that's gone in is symbolic to put that up there."

Sterk also spoke to the crowd.

"All of you have put in a lot of blood, sweat and tears into this thing," Sterk said. "We have a lot to be thankful for on the eve of Thanksgiving."

"It takes such a tremendous team effort on all the moving parts to make it work," Odom said. "Now we gotta go finish, right, just like a four-quarter game."

The project will be complete next spring, Sterk said. It includes general seating for about 1,300 people, 16 suites and a 750-person club, among other additions.