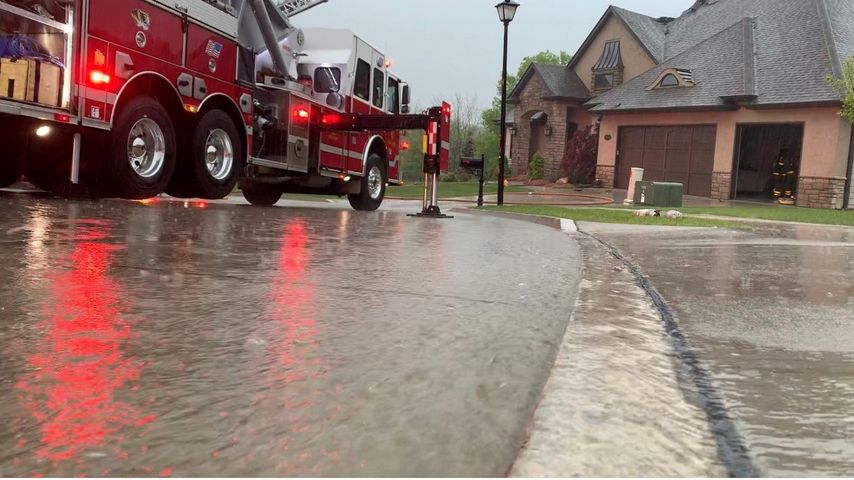 COLUMBIA – Tuesday’s storm may have damaged a Columbia house, which is another reminder of severe weather's possible impacts.

Eliav Gov-Ari has lived in his home for two years and in Missouri for 11. He got a text saying his house was on fire.

Brad Fraizer, the assistant fire chief in Columbia, said some people continue to make the same mistakes every time a storm comes into town.

That’s why one phrase has become popular among first responders, ”Turn around, don’t drown.” The phrase is to educate the public on one mistake that keeps on happening.

According to the official Missouri state’s website, “Flash flooding is the leading cause of flooding deaths and historically more than half of the people killed by flooding were in motor vehicles.”

Fraizer said that as little as 6 inches of water can lift a vehicle off the road and 2 feet of water can move most cars around.

“It doesn’t take a lot of water to make a vehicle buoyant and get it off the surface of the road and then it starts to float and turn and that can cause obvious problems. So, we see that,” he said.

Another major concern of severe weather is downed power lines. The trees in Columbia have taken a pummeling over the last couple of months with the snow and storms. The trees can fall over electric lines leaving many powerless. Fraizer wants to make sure residents know that the area is also dangerous.

“If you see downed power lines you obviously want to avoid them,”Fraizer said.

He said if you see one, report it.

Every storm is different. Fraizer said the last storm in early April was mostly an issue of downed power lines.