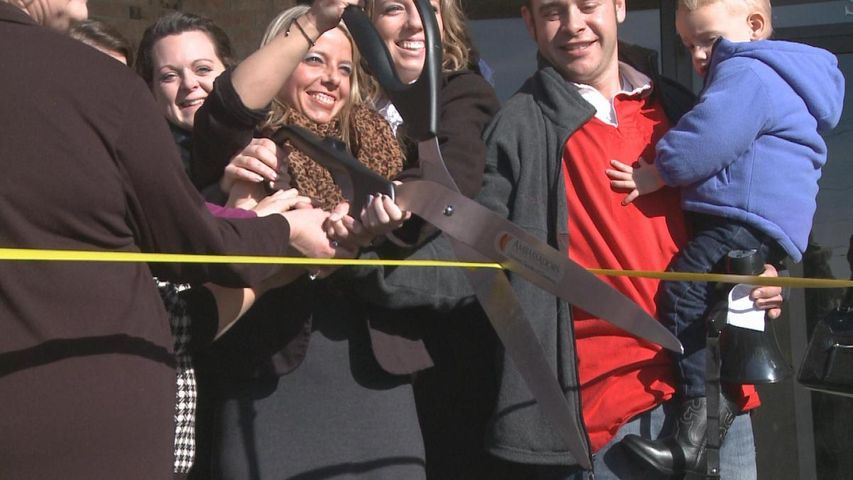 "It literally exploded over night," Lambrecht said. "I decided there's just so much need in Columbia that we need to expand, and so the coming out and the people that have been here today, you can see that the need is there and the community support is there."

"It was just a great feeling to finally have all the hard work pay off and to cut that ribbon and then to be able to get started," CoMo Cares board member Rebekah Hartsock said."We know that so many people have needed this and just to finally be able to open our doors and have everyone come in."

CoMo Cares started up in Lambrecht's basement before receiving enough donations and sales to purchase its new resource center.

Now, Lambrecht said the store's donation drop-off area is overflowing with diapers, clothes and much more.

"It's surreal because I never imagined that it would be this," Lambrecht said. "I never in my wildest dreams thought that we would be here where we are today, so to be here and be able to do this is an honor, and we are just so appreciate of the community and the support we have there so we can support other people."

"It was just a way to get our name out there and get some people," Hartsock said. "I think we've already had people come in from last night and get some stuff."

Although donations have been strong so far, Lambrecht said CoMo Cares will still need more.

CoMo Cares is always looking for toys, diapers, bottles, clothes, and other items for mothers and infants.

The non-profit hosted a scavenger hunt for children after the ribbon-cutting, and opened up the store for celebration, shopping, and kids' arts and crafts.