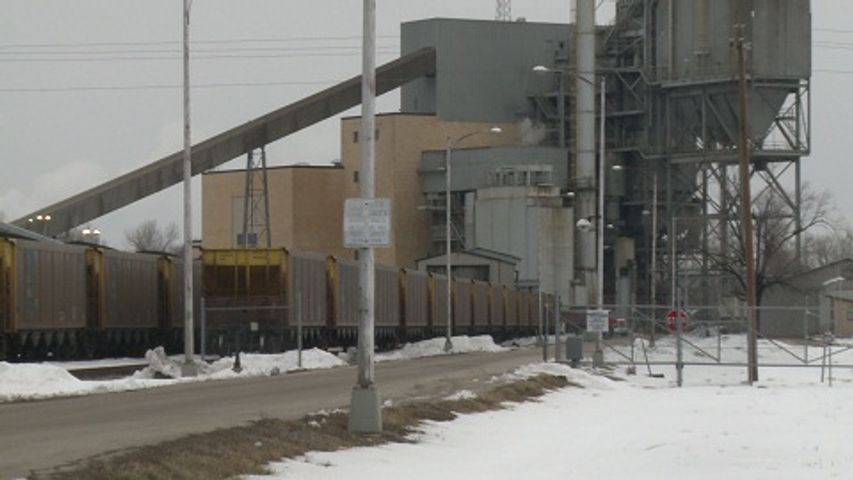 CHAMOIS - The Chamois Power Plant will officially close Sept. 30. For more than 6 decades the dual smokestacks have towered above the town, and the airplane like roar of it's machinery has been the background noise of everyone nearby. At least 28 people will be out of a job. In a small town of 400 people, members of the community worry the closure will affect more than just the plant workers.

Rhonda Mitchem is the senior vice president of the town's only bank, Heritage Community Bank. Mitchem was born in Chamois and has lived there on-and-off her entire life but for the last two decades, she's been cashing paychecks for the plant's workers.

"We're gonna have to pick up the pieces and figure out what to do from here," said Mitchem. "We're not gonna let it get us down. We have to look at this as another opportunity to grow."

But she worries about the town's survival if workers leave to find new jobs.

"If these young families move away to find employment elsewhere, then we've lost those kids to our school, we've lost those people to our churches and our community. It's going to be tough," Mitchem said.

Doug Stieferman is a maintenance engineer for the plant and has worked there for more than 30 years. "It's a small community. Not a lot of employers. I think its gonna hurt the community a lot," he said.

The board of directors of Central Electric Power Cooperative (CEPC) told workers Monday afternoon that they will shut down the plant effective September 30, 2013. The board considered the impact of increasing costs from upcoming regulations from the Environmental Protection Agency. According to a January 30 letter from Missouri Congressman Blaine Luetkemeyer to the EPA, meeting those new environmental standards would cost up to $14 million. Additionally, CEPC's CEO Dawn Shaw said there were two other factors in the decision: the increasing cost of coal delivery and the increasing competition from natural gas.

Associated Electric Cooperative has bought the plant's electricty for 50 years and will help employees find positions at other power plants. Those who do not find a position will get a minimum of eight weeks of wages, along with a severance package that varies with service. Shaw said other nearby plants will supply power to areas affected by the Chamois plant closure.

Missouri River Regional Library brings back a traveling library for the community
JEFFERSON CITY - The Missouri River Regional Library's 'Bookmobile' is back on the road delivering books after not running for... More >>
19 seconds ago Tuesday, July 14 2020 Jul 14, 2020 Tuesday, July 14, 2020 5:51:00 AM CDT July 14, 2020 in Top Stories
Share:
Email
Facebook
Twitter