Chamois Plant to Close in September 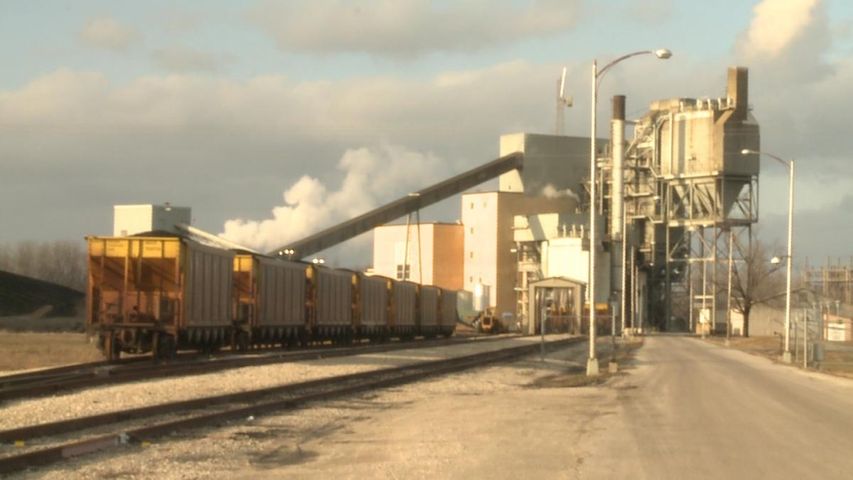 CHAMOIS - KOMU has learned that the Chamois Power Plant will officially close on Sept. 30. The board of directors of Central Electric Power Cooperative reached a decision to cease plant operations Monday afternoon. As the Jefferson City News-Tribune reports, the board reviewed the economics of operation at the plant and considered the impact of increasing costs from upcoming environmental regulations. The board also weighed in higher fuel delivery costs and needed on-site improvements for coal shipment, slower member load growth and lower natural gas prices.

Springfield-based Associated Electric Cooperative (AECI) has paid for the plant's expenses since 1962 in exchange for full use of the plant. AECI is also Central Electric's wholesale power supplier. Built in 1953, and added to in 1960, the Chamois plant is the oldest and smallest of AECI's coal-fired generation resources. In recent years, the plant has provided a small percentage of the electricity AECI needed to supply 875,000 consumer-members in Missouri, Oklahoma and Iowa, including all of those in Central Electric's service area.

The 66-megawatt coal plant currently employs 28 people. AECI will help employees find positions at its other power plants. Those who do not find a position will get a minimum of 8 weeks of wages, along with a severance package that varies with service.

Meeting 2015 requirements for controlling mercury and small ash particles would require an estimated $4.1 million in capital expenditures and about $150,000 every year to operate the controls. A conversion to low-sulfur coal would be required for one of the plant's units in 2017, at a cost of $1.9 million. Controlling sulfur dioxide emissions would require another $8 million by 2019. Company officials said these expenses made continued operation of the plant uneconomical. Another reason given for this decision was the plant's long-term contract for coal delivery expiring after 2013 and the new contract price "significantly" more expensive.

A new $3 million rail siding would also be needed to unload coal cars. Company officials also cited the growth rate in member electric loads slowing down during the last few years as a factor. AECI has other power plants that can supply members more economically, including a 1,200-MW, coal-fired plant at New Madrid and a second 1,153-MW, coal-fired plant at Thomas Hill Energy Center near Moberly. Those plants also supply power from natural gas, wind and hydroelectric sources.

The company also said the natural gas market has changed significantly in the last several years. AECI has more than 2,700 megawatts of high-efficiency natural gas capacity, and with lower gas prices and more generators available to operate with natural gas, it has more flexibility to achieve the lowest cost for their members.