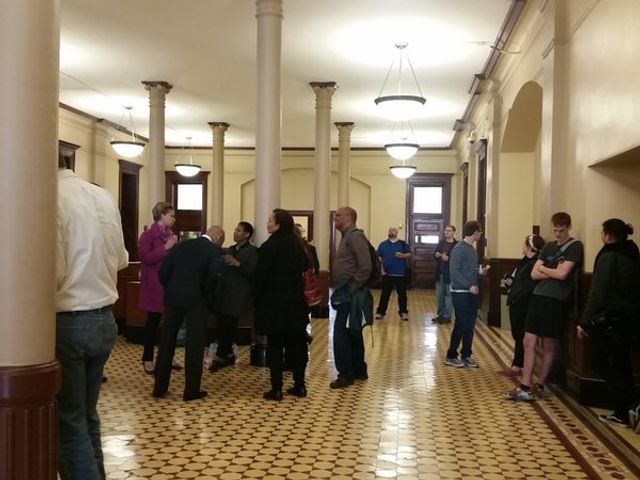 Foley's email said a move by graduate students to vote on unionizing is "surprising and disappointing." He said it comes as the university is working with graduate students on improving communication and that the decision was made "without any consultation with us."

Graduate students have a vote scheduled for April 18 and 19 on the issue.

Tensions between the university and graduate students have been strained since MU suddenly announced in August it would no longer be offering health insurance subsidies for graduate students. That decision was rescinded after students and faculty voiced protested.

Graduate students have since demanded wages for graduate assistants that are above the poverty line, on-campus child care, affordable housing, tuition waivers and a guaranteed, fully subsidized health care plan.

Foley said the university has discussed whether it was legal for the students to unionize.

"To this end, any vote to unionize at this time cannot be considered binding or recognized by the university," Foley said.

Foley ended the email saying, if the graduate student leaders decide to continue with the vote, university leadership will begin an educational campaign to ensure all graduate students impacted by the decision know what the union means at the University.

"The decision to unionize carries both significant pros and cons for our graduate students, and we feel it is in your best interest to be fully educated on the ramifications of unionization," he said.

MU Grad Rights tweeted this response following a Chats with the Chancellor session.

Chancellor admits he did not write his union-busting email, barely read it, and barely signed off on it. @RuthServen #FoleyChat

Adam Johnson, a University of Missouri graduate student, said he talked briefly with Foley about the issues presented in the email.

Johnson said one phrase in Foley's email stood out.

"He uses the phrase good faith, and with regards to the stipends, I can hardly disagree with that, but with regards to graduate student housing, where we’ve seen no substantial progress during the last several years, and especially with regards to the union effort, that seems to be completely false," Johnson said. "The idea that they’ve acted in good faith while denying in fact that we are employees, when we quite clearly are, is, to me, the definition of bad faith."

Foley would not talk with KOMU 8 News at the Chats with the Chancellor, saying he does not talk to press at the chats.

Foley sent an email after the Chats saying he met with graduate school student organizations after the event to "keep open lines of communication," and will release more information next week.