Change in polling places may contribute to low voter turnout 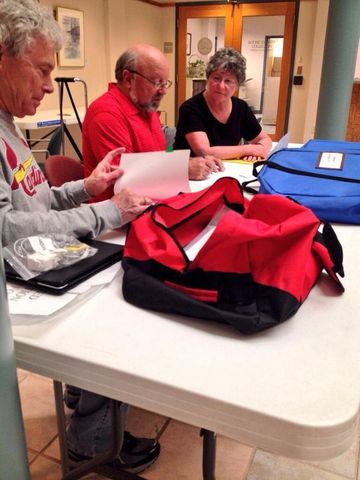 When asked about Secretary of State Jason Kander's recent voter turnout predictions, Noren said Kander may be correct about low voter turnout, but the real issue is knowing where your polling place is.

There are 60 polling places for the general election this year and Noren said voters need to be aware their polling places may have changed from four years ago.

Secretary of State Jason Kander and local election officials said they predict only 39.18 percent of voters will go to the polls Tuesday. This is down almost 10 percent from the November 2, 2010 election, according to the Missouri Voter Turnout Report.

Political Science professor at the University of Missouri, Marvin Overby said people do not vote about things they don't care about or don't know much about and that is why the voter turnout numbers are expected to be low. There is not a huge, hot-button issue on the ballot for Missouri this year such as a presidential or governors race, and Overby said that is what usually brings people out to the polls.

That generally requires a national election, or at least a high-profile, contentious, competitive state-wide election, and we just don't have that on the ballot this year," said Overby.

Noren agreed with this, but she said not being informed on poll location will be a large factor in low voter turnout. She said people can call her office or look online to see where their polling location is.