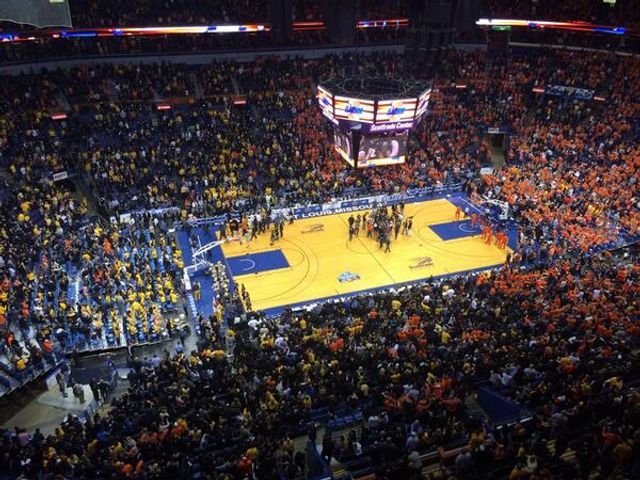 ST. LOUIS - The Braggin' Rights Game between Missouri and Illinois has come to be one of the best non-conference rivalries in college basketball, and Saturday's installment in St. Louis was another fine illustration of a fact contrary to the "coachspeak" that precedes other rivalry games - it is not just another game.

The Scottrade Center crowd is one indicator. Every possession results in thunderous applause from one side and deafening boos from the other. The schools' cheer squads even compete to see which team's males can hold its females up longer (Mizzou won that contest).

Jabari Brown's 3-pointer to put the Tigers up 64-63 with 16 seconds to go looked like a dagger. But everyone should have known better - the final eight minutes were helter-skelter as the largest lead was just three points. Illinois guard Tracy Abrams drew a foul on Jonathan Williams III and hit both free throws to retake the lead. The game ended on an ill-fated Tony Criswell heave after a botched inbounds play intended for Jordan Clarkson.

The Tigers will inevitably have to relive these critical moments this week in film sessions, and head coach Frank Haith said he knows his team is not looking forward to it.

"They're gonna be sick when they see [these plays]," Haith said of the team's inability to come up with loose balls down the stretch. "We were running out instead of staying there. We have to secure the ball."

With 20 games left, Clarkson and the Tigers say they do not want to let the sting of this loss infect their morale.

"We've gotta get our minds right, because we don't want to slip up with two [losses]," Clarkson said.

Clarkson said he and his teammates must have a short-term memory because they have another test right around the corner. The Tigers will travel to Raleigh to take on the North Carolina State Wolfpack Saturday in the team's first road game of the season.