Charges Expected Against Mom Who Left Baby by River 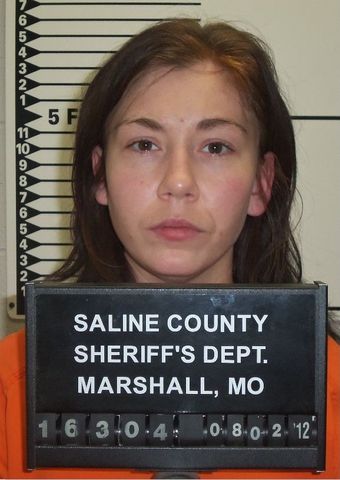 MARSHALL - Saline County officials plan to charge Lydia Iliff this week following an incident in July when Iliff went missing and then returned without her baby. The child died after Iliff allegedly left the infant by Blackwater River. So far, prosecutors charged Iliff with one count of felony tampering with a motor vehicle and she's currently being held in the Saline County Jail.

She is also in jail on a detainer assigned by the Pettis County Sheriff's Department for violating her probation regarding four counts of forgery back in 2010.

Iliff has been in behind bars since August 2, after she was released from Fitzgibbon Hospital in Marshall. Iliff was being treated for dehydration as well as schizophrenia.

This case began on July 5 when Lydia Iliff went missing with her 18-month-old daughter Alaryn. According to sheriff department documents, Iliff stole a pickup truck and her and her daughter were not seen for two days. Iliff returned home late at night on July 7 without her child. Iliff's family then contacted authorities and Saline County Sheriff Wally George issued a request for help finding the child via KMMO, a radio station in Marshall. During the early morning hours on July 8, authorities and a search party found Alaryn dead near the Blackwater River.

Sheriff Wally George was expecting prosecutors to file more charges against Lydia Iliff last week, but the case was delayed.

"I know I will have additional criminal charges filed against her this week" said George.

Iliff will be in court facing the tampering with a motor vehicle charge in regards to the stolen pick-up truck as well as the charges expected to be filed against her on September 24.