Charities gain exposure through Tigers on the Prowl 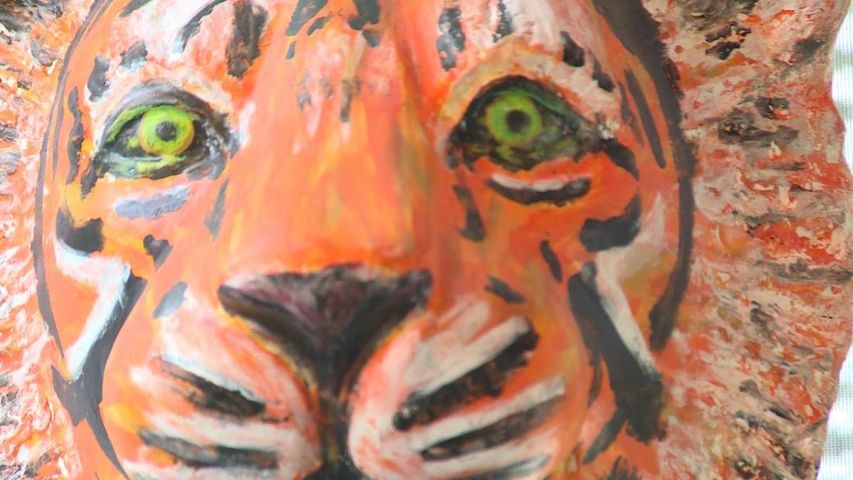 COLUMBIA - When the 10 tiger sculptures are revealed at Tigers on the Prowl Unleashing, it will only be the beginning of how the art will aid mid-Missouri charities.

The Friday night event at the Columbia Mall is the kick-off to the third annual Tigers on the Prowl. The campaign has raised $150,000 for charities in the past two years and has a goal of raising $200,000 combined for the 10 charities this year.

The unveiling is just the start of the five month campaign and an important part of raising awareness for the charities.

Tigers on the Prowl co-chair Crystal Umfress said the tiger sculptures are the vehicles for the charities to raise funds.

"We like to focus on the small charities that really need the support and awareness in our community,"Umfress said.

Primrose Hill Teen Challenge, which just opened its doors in Columbia last November, is just one of the charity teams this year.

The charity aims to bring women out of drug and alcohol addiction and is seeking funds through the campaign to expand and operate its facility.

Rick Rowden, who works in project development with Primrose Hill Teen Challenge, said for a charity it's all about exposure, and Tigers on the Prowl offers lots of exposure as a high profile event.

He said without charity fundraisers like this Primrose Hill Teen Challenge would not be able to operate.

"Something like this really attracts somebody different than we might normally with some of our events, but it's really a way to get awareness throughout our community, just the way it's presented," Rowden said.

To add to the high profile of the event this year Mizzou Basketball Head Coach Kim Anderson and his wife Melissa  are hosting the fundraiser.

The business and charity teams have worked together for the last few months with the challenge to create a design that will bring in votes and display the charity's message.

Rowden said when his team's tiger is revealed it will be evident what their organization stands for.

"We're presenting a message along with our tiger, and people will definitely see that connection when they see our tiger at the Unleashing," Rowden said.

Cindy Scott, the artist with Pascale's Pals and Holiday Inn Executive Center, has put in more than 50 hours on the tiger for the last three weeks.

Scott said the biggest challenge in creating the tiger was trying to include as much as she could for the statue to appeal to as many potential buyers as possible.

But the "top cat" position is not won so easily.

"They were just planning events every week, they were really promoting it well on social media, they were prowling that tiger around our community," Umfress said.

For Rowden, he believes his team is ready to beat last year's top spot.

"Our team is working on a number of events to get the tiger out there, to get people involved," Rowden said. "Our charity is a faith-based charity and so trying to work with the church community, as well as other folks."

The events throughout the five-month campaign provide opportunities to raise funds and awareness.

After Friday night's unveiling, people are encouraged to vote online for their favorite tiger. Each vote brings in a dollar for the individual charity. The number of votes determines which tiger will be the "top cat" at the October auction, and that tiger usually sells for the most amount of money.

Umfress predicts around 400 people to come out to the Friday night unveiling.

After the unveiling, Columbia residents can keep an eye out for the tigers at Bass Pro Shops, Lucky's Market, and Hy-Vee.