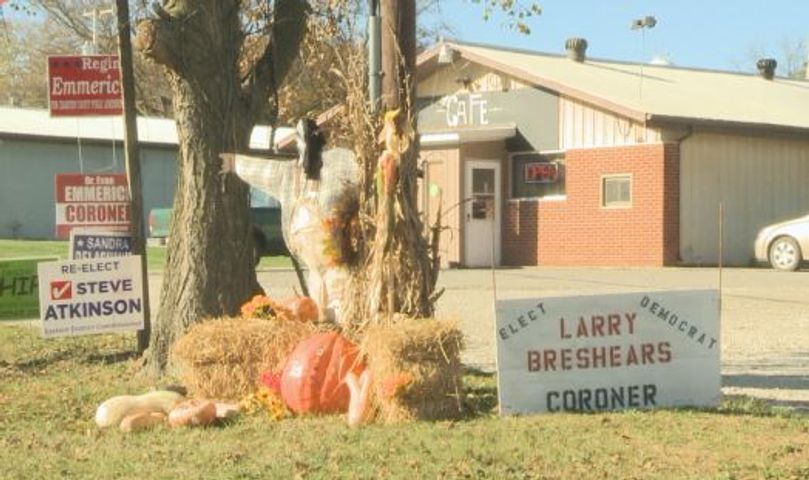 “He kept having strokes, and he just wasn’t able to overcome it,” Brown said.

While his supporters and family are still mourning, they are also still pushing his campaign forward.

“There are still campaign signs out, and he will still be on the ballot,” Brown said.

His opponent, Dr. Evan Emmerich (R) wrote in a Facebook post on Oct. 22, “Kelsey and I would like to send our deepest condolences out to the family and friends of Mr. Breshears. May God bless and comfort them in this time of grief. Mr. Breshears served admirably as a businessman and elected official. His service will be looked upon by others as an example of an exceptional community leader.”

Emmerich also canceled all scheduled advertising for the week.

“The focus at this time should be on his family and the celebration of his life,” he wrote on Facebook.

Brown and Breshears were close friends, and he said people will miss Breshears.

“He was one of the greatest guys in the whole world,” Brown said. "No matter what the situation was on a coroner call, and they weren't so great, Larry was always so compassionate. He was caring and understanding of the family members. He was just that kind of a person."

Breshears’ death happened too late to revise the ballot.

According to Missouri statute, section 115.379, if a candidate dies after filing deadline and before the election, his name will remain on the ballot.

No one in Chariton County has ever posthumously won election in any position. In 2000, Missouri elected a deceased man, Governor Mel Carnahan, for U.S. Senate. Carnahan was finishing his second term as governor and was in the middle of a campaign for the Senate, challenging incumbent Republican Sen. John Ashcroft, when he died in a plane crash. Carnahan’s wife took his position.

If Breshears wins the election, the governor will appoint someone to fill his vacancy. Breshears' committee will nominate a Democratic candidate to his position. The governor can either choose that nominee or appoint another qualified individual.

J.R. Reicherd, a Brunswick resident and close friend of Breshears, said many people didn’t know how the situation would be handled.

“It was a lot of us around here that didn’t know you could do that at all.”