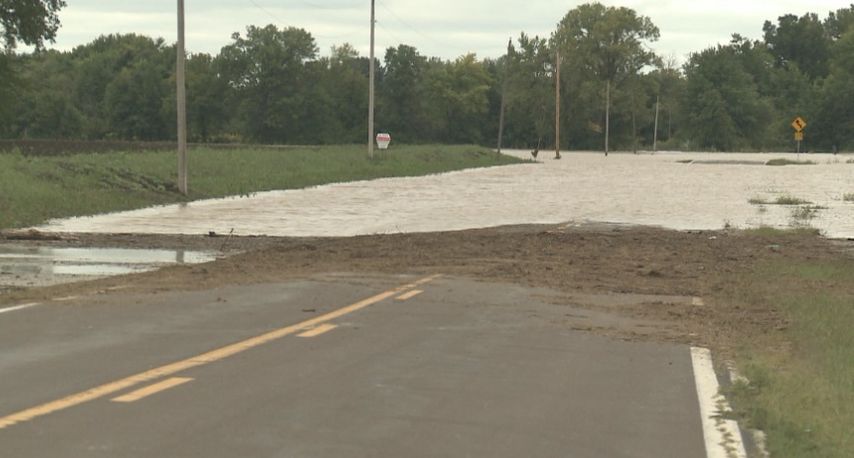 MoDOT closed four routes in Chariton County Thursday due to excessive water on the road.

The Northwestern R-1 School District in Mendon released school early due to the water.

The superintendent said the school's two major bus routes were starting to fill up with water from creeks connected to the Chariton River.

Chariton Emergency Coordinator Eric McKenzie said he has not been called in to help, but he confirmed the water was very high.

"We went and built the levee with the water running and got it shut off," said farmer Jerry Fuemmeler.

Fuemmeler is also working on a pipe that will help prevent floods in the future.

"All the water from up there at [Highway] 129 comes right here so it's got a long way to run, but it's going to all end up [near the bridge], and I am going to then pump it back into the river and take care of everybody. It's just the neighborly thing to do," Fuemmeler said.

The water from the river went down about a foot on Thursday, and residents hope it continues to go down before it floods more roads and possibly property.