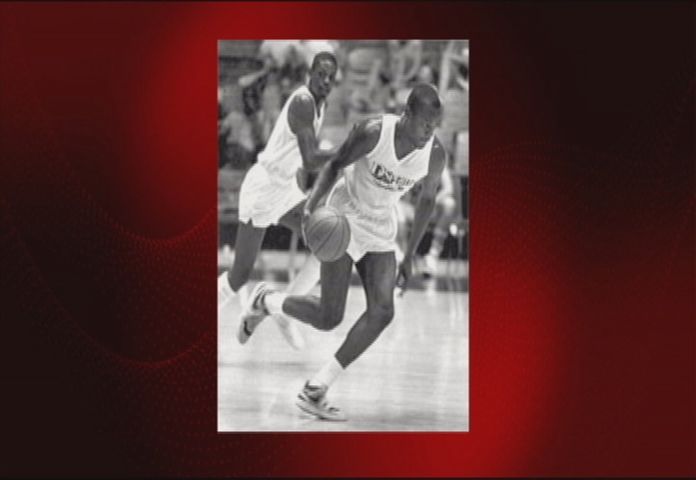 COLUMBIA - Cecil Estes passed away in 2002, but he has not been forgotten in Columbia. The former Hickman Kewpie and Missouri Tiger is a legendary local basketball player.

He was even good enough to earn himself a nickname of an NBA Hall of Famer.

"His favorite player was Magic Johnson. And that's why he got his name. They'd call him Magic. For Magic Johnson," said Cecil's brother, Rodney Estes.

"I did an interview with Derrick Chevious, who was a first round NBA draft pick. He told me that as a teenager growing up in Jamaica, New York he knew about Cecil Estes and his ability," said Brian Neuner, former KOMU sports director. "Now you think about that, this guy had nationwide awareness amongst teens before the internet."

But his brother says that as a local star, the pressures of playing at the University of Missouri were enormous for Cecil.

"It was kind of rough. Cecil had a lot of people tugging on him. Girlfriend and friends asking for for this, asking for that, so that was one of Cecil's downfall," said Rodney Estes.

And Cecil was not able to overcome these pressures. He also had trouble focusing on his studies.

"He always wanted to keep out on his girlfriend, and I would tell him, 'Cecil, you can't do that. You gotta go to class,''' his brother, Rodney, said. "That was one of his problems. He had to go to class, but Cecil didn't wanna go to class. So I mean his classwork caught up with him."

Estes ended up playing only in the 1983-84 season at Missouri. But he realized that the mistakes he made were ones he didn't want to see others make too.

"He wanted the kids growing up in Columbia to learn from his mistakes. That if they do get that opportunity, take care of school. I mean he wanted that, he stressed that,'' said Neuner. ''He said, 'You know, I had the chance and I blew it.' Those were his words. 'I want them to learn from me. You get that chance. Don't blow it."'

A local legend, hoping that others learn from him.