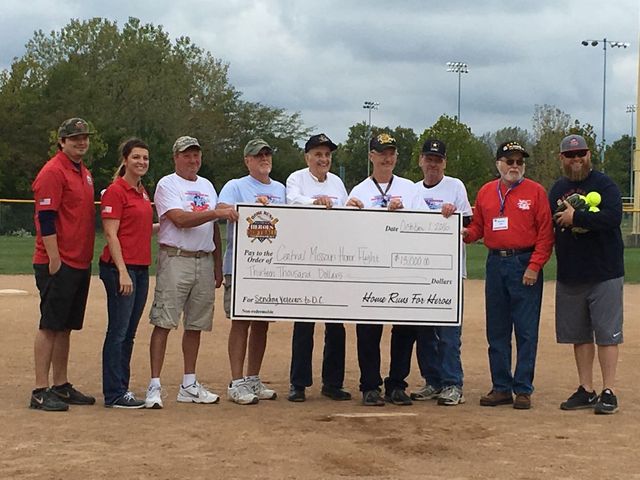 COLUMBIA — Home Runs for Heroes is a charity softball tournament in Columbia that gathers hundreds of people and raises money to send veterans to see their war memorials in Washington D.C.

Saturday and Sunday mark the fifth annual tournament, and last year the event raised about $13,000.

“All the proceeds go to the Central Missouri Honor Flight, which sends military veterans to see their war memorials in Washington D.C. and that’s where we focus our energy,” she said.

Home Run for Heroes hopes to fund trips for more than 20 local military veterans with the proceeds.

She said they expect over 1000 people to attend from players and umpires, to veterans and kids, to families and other supporters. Seeley admitted logistics behind the event can be challenging.

“Putting on an 80-team softball tournament in 48 hours, it’s a lot of blood, sweat and tears for us, personally,” she said.

However, serving as a guardian on one of the honor flights, Seeley said it’s all worth it.

“It was a life-changing experience and we just can’t give it up,” she said. “We’re out here every year.”

John Rhein, a World War II and Korean War veteran, was honored during the festivities and said being at the tournament was special. Afterwards, Rhein ran the bases to the crowd’s applause.

“I wish could be out there,” he said. “It’s just something I go back, I played a lot of ball.”

Rhein also went to Washington D.C. on one of the honor flights and his response to that experience: “It’s one of the great days of my life."