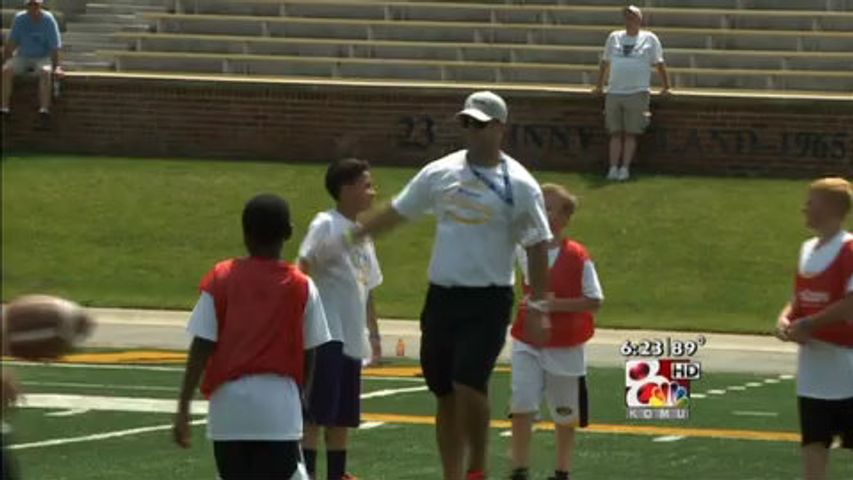 COLUMBIA - Chase Daniel returned to Faurot Field on Saturday for his youth football camp. Like many former Tigers this summer such as, Kim English and Demarre Carroll who have all returned to Columbia to give back to the kids.

Over 100 kids took part in the camps first day. During the camp the main goal is to teach kids the fundamentals of football specifically passing and catching. During the camp Daniel showed off his own passing skills and how those fundamentals helped him reach the NFL. At the end of the day the camp was highlighted by a scrimmage between the campers.

Once the camp is over Daniel will remain in the Show-Me state as a quarterback for the Kansas City Chiefs. He plans to take what he learned from Drew Brees in New Orleans to Kansas City. "Drew means a lot to me and he's one of my best friends, being with him for four years now sort of really taught me how to act, eat, sleep, and breathe like a NFL quarterback and how to prepare. I'm going to take all those things he's given me and really try to implement the same things with Alex. Me and Alex have already started forming a great friendship. I'm excited to play with him," said Daniel.

Before he heads back to Kansas City the camp will continue on Sunday morning with more instructional lectures and drills for the campers.