Cheering on the Chiefs from Columbia 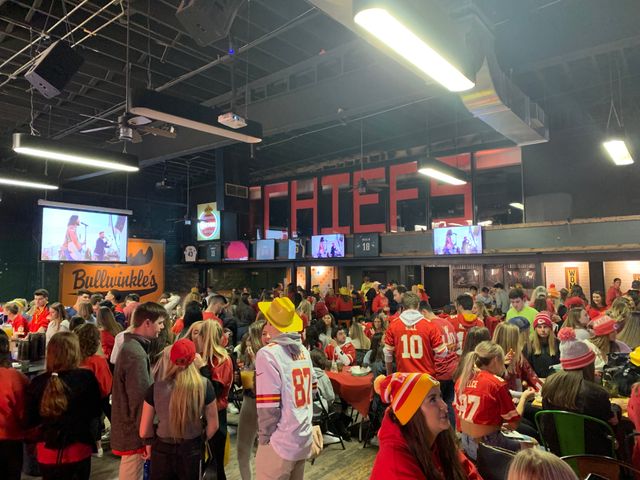 It's the first time the Chiefs have gotten to the Super Bowl in 50 years. Peter Christy is a longtime fan and said he's been waiting for this moment his whole life.

He wants the Chiefs to know that they have fans all over the country especially here in Columbia.

David Meyerhoff used to be a St. Louis Rams fan but he's cheering on the Chiefs since the Rams left for Los Angeles.

“I’m from St. Louis but I’m rooting for the Chiefs. I just want to see them win.” Meyerhoff said.

Among the support for the Chiefs, there seems to be a common theme for everyone’s favorite player as well.

“Patty Mahomes baby, he’s the best to ever play. You better believe it,” Christy said.

Patrick Yale is from Chicago and started cheering for the Chiefs ever since he started rooming with a Kansas City native. He said it was bound to happen.

“I cannot tell this guy to shut up about Patrick Mahomes enough,” Yale said. “This guy would marry the man if he could.”

If there is one thing to take away from Sunday, it is that Columbia is all in on the Chiefs. KOMU will be downtown all evening to bring you fan reaction of the game.