Cheerleader with Down syndrome "heart and soul" of Mexico squad 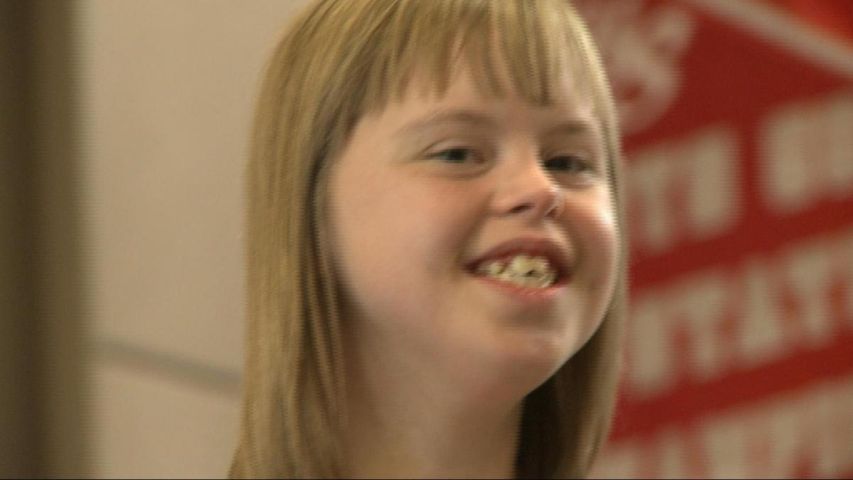 "It was her smile and her spirit," Malott said. "She just had this wonderful, cheerful way of cheering on a crowd."

Hobbs is an 18-year-old senior at Mexico High School. When she was born, she was immediately diagnosed with Down syndrome. But her parents said this wasn't the only obstacle she's had to overcome.

"We struggled for three years with an ASD (Atrial Septal Defect), which is a condition of the heart," her mother, Carolyn Hobbs, said.

"She was born with a hole in her heart and we went to one of the best people once again at the university," her father,Steve Hobbs, said. "He said if we're lucky, that hole will close by her fourth birthday and we won't have to do surgery, and it did."

As Kelsay grew up, she began to love watching football with her dad, and sports in general. Then it started to develop into something else.

"Eventually it evolved into sitting with the cheerleaders every day at lunch in school," Steve Hobbs said. "She would come in here and then we should start kicking and touching her foot, her toe with her hand."

Carolyn Hobbs said Malott got her first look at Kelsay when she cheered with other members of Special Olympics.

"They had six cheerleaders at a football game last year," Carolyn Hobbs said. "And they cheered for one quarter and I thought that was really cool and thought it was going to be the end."

Malott was immediately impressed and says Kelsay was something special.

"She loves to cheer. When I was watching her during special needs, she was just amazing," Malott said.

Malott told Carolyn Hobbs she would like to see her daughter come out for the varsity cheerleading team. Kelsay tried out and made it.

Malott and the other cheerleaders now can't imagine the squad without Kelsay.

"Kelsay is the heart and soul of this squad," Malott said. "She keeps everybody motivated and upbeat, if we have a bad day she puts us all in a good mood. She keeps us unified."

Cheerleading captain Grace Runge said, "Kelsay has brought a lot of joy to this squad. She is the smile on our faces. Even before she was a cheerleader, she was always cheering at the games, she was always kicking at the pep rallies."

But the spirit doesn't stop with cheer leading for Kelsay. She engages in multiple activities when she's at home, including rock collecting, playing basketball, bike riding, and helping take care of the family pets.

Her parents said she's enjoying every minute of her life, and they could not be prouder.

"It's very exciting, I take my phone and just about record every single cheer," Carolyn Hobbs said.

Steve Hobbs said, "I'm extremely proud for her because she works hard and she practices all the time."