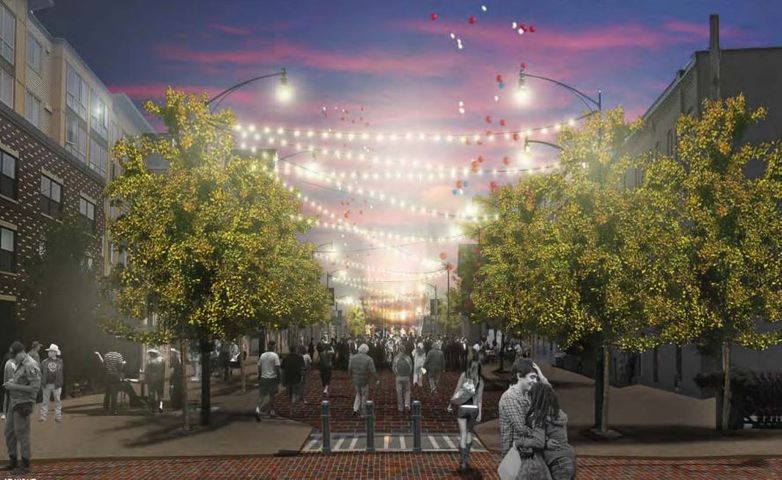 The Leadership Council looked at images constructed in the Charrette report about what the new Cherry Street corridor could look like.

The long term goal would be to reconstruct the entire street all the way to where it meets Hitt Street.

Some members of the Leadership Council proposed doing the project one block at a time.

"This new Cherry Street corridor was discussed in the past," said the Leadership Council Chairman Brent Gardner. "It could create more development opportunities for downtown."

Other members of the Leadership Council said that the corridor could create downtown living that wouldn't consist of only university students.

The design created by the Charrette report showed the street being narrowed and the sidewalks widened.

It also showed the street being able to be sectioned off from vehicles in order to accommodate street events.

A concern that some of the members of the council brought up was how infrastructure repair would fit into the design.