Chiefs Get First Win In Overtime In New Orleans 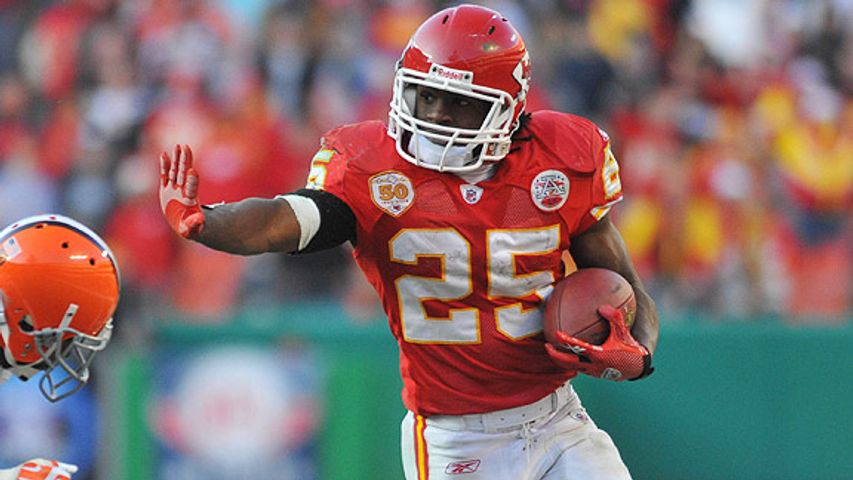 In their first three games since coach Sean Payton was suspended in the NFL's bounty probe, the Saints have started to resemble that franchise again, and even Drew Brees has been helpless to do anything about it.

The Saints were unable to protect an 18-point, third-quarter lead, and fans in the Superdome watched in dread as Kansas City's Ryan Succup booted his club-record sixth field goal to lift the previously winless Chiefs to a 27-24 overtime victory over New Orleans on Sunday.

The Saints have now lost twice in the Superdome, where they were unbeaten a season ago, and which will host the Super Bowl next February.

But New Orleans now looks like a long shot to be playing for a championship after opening with losses to three 1-2 teams.

"We are far from talking about the Super Bowl right now," Brees said. "What need to focus on is getting one win."

Next week, the reeling Saints (0-3) travel to Green Bay.

The Chiefs (1-2) meanwhile, went home feeling a lot better about not only getting their first victory, but the resolve they showed to get it.

"The best part is our guys never gave up," said Succop, a perfect 6 for 6 on kicks ranging from 25 to 45 yards. "We kept fighting, it was a huge team win and I'm just really excited to have had a part in it."

After Jamaal Charles' 91-yard touchdown run -- the longest running play in Chiefs history, and the longest given up by the Saints -- started Kansas City's comeback, the Chiefs defense thwarted a Saints scoring chance when Stanford Routt intercepted Brees' underthrown pass for Devery Henderson near the Kansas City goal line late in the third quarter. Brees, who was 20-of-36 for 240 yards and three TDs -- never had another completion after that, and only attempted six passes because the Saints also never got another first down.

Charles, who finished with 233 yards rushing and 55 yards receiving, scored the only touchdown the Chiefs needed. The rest of the scoring came on field goals, as well as a safety on Justin Houston's third sack of the game.

"This team needed a win, and a win like that really helped out in particular," Chiefs coach Romeo Crennel said. "There were a lot of doubts about what we could do and they showed a lot of character."

Tiring of answering questions about the effects of the bounty scandal on their season, the Saints were once again in no mood to discuss whether things might have been different if Payton were still around.

"All I can say is Sean Payton is a great football coach," Brees said. "But he's not here, so the rest of us have to find a way."

Instead, the Chiefs found a way after their safety got them the ball, down by 3, with 5:33 to go.

Matt Cassel's spinning scramble and 11-yard pass across the field to Jon Baldwin on third-and-10 extended the drive, which also included Cassel's completion to Dwayne Bowe on fourth-and-5 before Succop's 43-yard game-tying kick with 3 seconds left.

In one of several lowlights for the crew of replacement officials working the game, New Orleans was briefly ruled the winner on the field in overtime when running back Shaun Draughn lost the ball stretching for a first down and safety Roman Harper picked up the ball and ran to the end zone.

The fumble was overturned on video review, but the spot came up a half-yard short of a first down. Charles easily converted a fourth-down run to extend the winning drive.

"We knew coming in that we could run against this defense," Charles said. "It was an opportunity we had to take advantage of."

After that, however, no team got in the end zone for the rest of the half, which ended with the Saints up 10-6.

New Orleans appeared to be taking command in the third quarter thanks to a pair of turnovers by the Chiefs.

First came a fumble by Dexter McCluster, who hurt his shoulder while falling on his own after a short catch, then let the ball go moments before he would have been touched down by cornerback Jabari Greer. Officials initially ruled McCluster down while linebacker Jonathan Casillas scooped the ball and ran to the end zone. The Saints challenged and won a reversal on replay review, giving them the ball on the Chiefs 19. That set up Brees' 1-yard TD pass to tight end Jimmy Graham.

New Orleans then went ahead 24-6 on Brees' 6-yard swing pass to fullback Jed Collins, capping a short drive set up by Greer's interception and 28-yard return to the Kansas City 7.

After that, the Saints fell apart in a way they had not in making the playoffs -- and winning one title -- during the past three seasons.