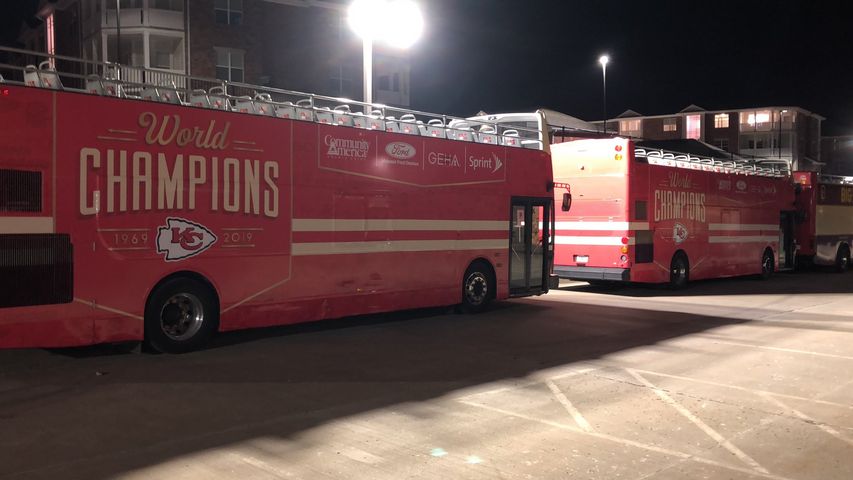 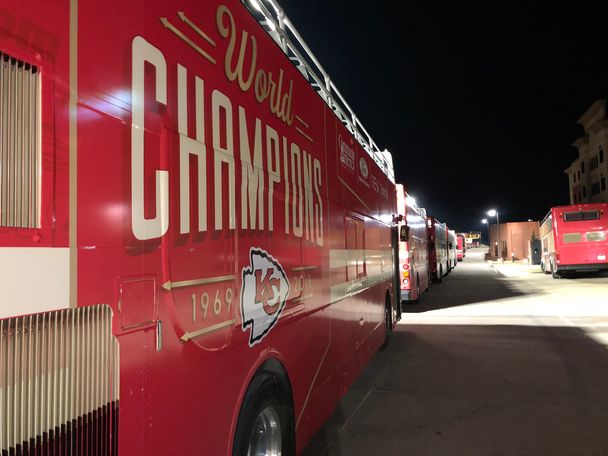 COLUMBIA - Parade buses for the Kansas City Chiefs lined up Monday night by a local bar and grill.

About 10 buses lined up behind Cheerleader Bar and Grill off of Highway 63. There were no players in sight.

Nicole Puma, the bar manager for Cheerleader Bar and Grill, said that the buses showed up around 8:00 p.m.

The buses will leave Columbia on Tuesday morning around 11:00 a.m. to make their way back to Kansas City.

Shift supervisor at the Holiday Inn Hotel, Dakota Armstrong, said the Big Bus Chicago company was just passing through to get to the parade.
“No players though, which is what I was really hoping for,” Armstrong said.

The Associated Press reported that "The Chiefs Kingdom Champions Parade" will start at 11:30 a.m. Wednesday. The announcement was made Sunday night after the Chiefs defeated San Francisco 31-20.

The festivities will also include a victory rally at Union Station around 1:30 p.m.,  around when the parade will end.

Details about the parade were leaked out in advance, as the city put generators near the site of the rally and businesses in the area made plans for operation.

Chief Meteorologist Kenton Gewecke says there may be light snow during the parade, with heavier snow falling in central Missouri than in northwestern Missouri.