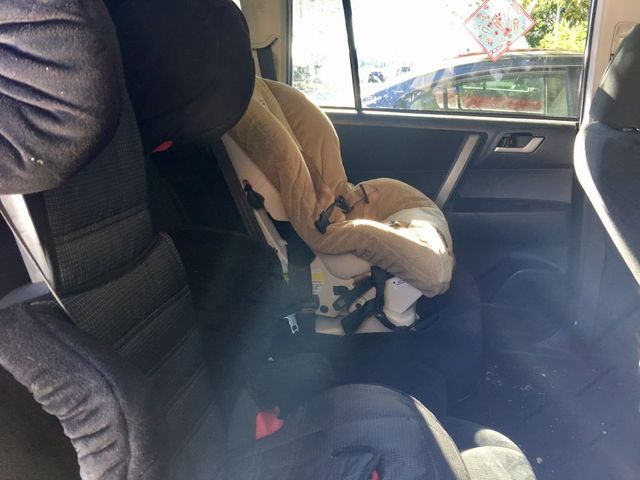 Sheila Robertson with Safe Kids Columbia said in 2015, 75 percent of car seats were not installed properly. This year that number dropped to 59 percent.

“That proves that more education is going to caregivers and they are taking more precautions to keep their kids safe,” Robertson said.

Child Passenger Safety Program Coordinator Carrie Wolken said there are three common misuses when it comes to car seats and parents installing them.

“The first is that the seat is not installed correctly. The second is that the harness retainer clip is in the wrong place, they either have it too high or too low on the child’s belly. Ideally it should be at armpit level. The third is that they are not tightening the harness strap tight enough. It needs to be snug on the child, they shouldn’t be able to pinch the strap when the child is in the seat.”

Wolken said this year they are taking a special focus on booster seats.

The state law says for a child to come out of a booster seat, they have to be either be at least 8 years old, over 80 pounds or taller than 4 feet 9 inches.

Wolken said the most important of those three factors is the height.

The Boone County Sheriff’s Department will also participate throughout the week. Extra enforcement will concentrate on those violations.

“What we really concentrate on is the before and after school and before and after work because we know we are going to see an increase in the number of kids out there in the cars being moved around,” Sgt. Brian Leer said.

Leer said in Missouri, a child unbuckled in a car is a primary offense.

“If we see that violation as they are going by we can take enforcement action right away, without having another reason to pull over the car over, that alone is enough.”

In 2015, four children under the age of eight were killed in car crashes and 61 children suffered serious injuries.

“It doesn’t sound like very big numbers, but considering Missouri has a primary law and all of those kids should have been in seat belts and car seats, those are big numbers,” Wolken said.

Leer said what they want most from parents is voluntary compliance.

“We know if we can get people to voluntarily comply with these laws, that’s going to increase the safety out on these roadways for the young kids,” Leer said.

This Saturday the Fulton Police Department will host a seat check event from 10 a.m. to 1 p.m. It is open to the public. For more information on other seat inspection stations throughout the week visit Save Mo Lives.