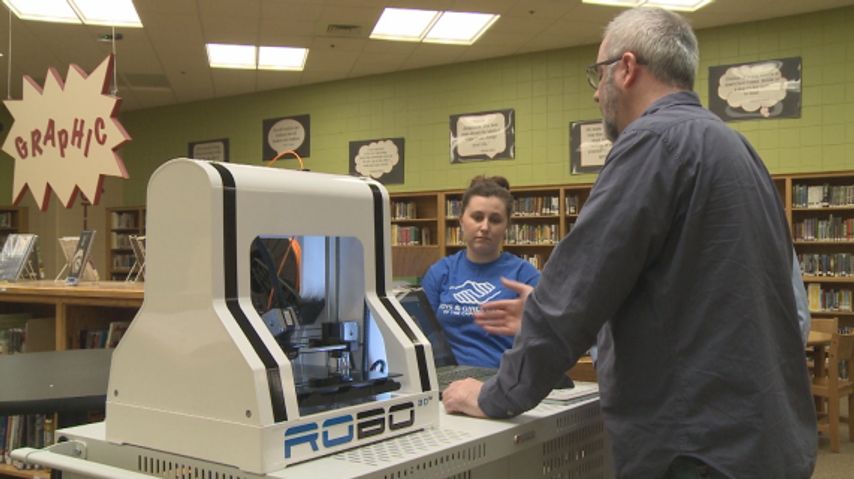 JEFFERSON CITY - The Boys and Girls Club Of The Capital City received a 3-D printer through a grant from the Department of Elementary and Secondary Education.

Becoming 3-D, the company that donated the printer, unveiled it in the library of Thomas Jefferson Middle School last Wednesday, where the printer will be kept.

Stephanie Johnson, the Executive Director for the Boys and Girls Club of Capital City, had many options on how to spend the STEM grant money, but saw a 3-D printer as a logical fit for the children.

Becoming 3-D CEO Grant Sadowski said the donation was a chance to give back to his hometown of Jefferson City.

"As I was staying in touch with some of the people from the Boys and Girls Club and learning about their STEM initiative, we just thought it was perfect tie-in to bring this technology into schools," said Sadowski.

Students who saw the new 3-D printer had a hard time containing their excitement for it.

"I was super duper happy," Noah Muhammad said. "I didn't think we'd ever get a 3-D printer so that was kind of a surprise."