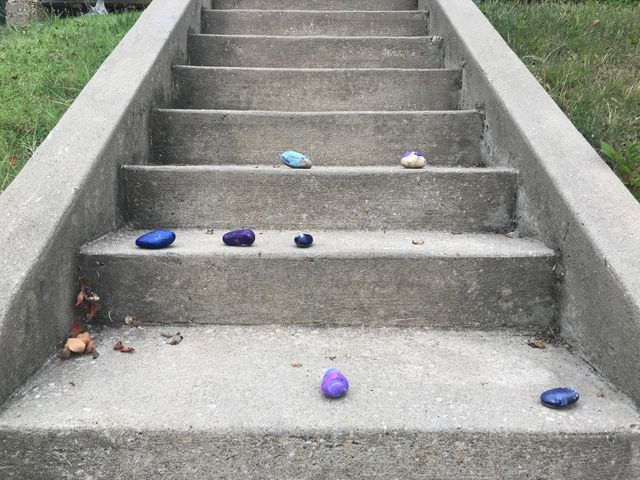 JEFFERSON CITY - The Boys & Girls Club of Jefferson City and Capital Arts worked together to line Jackson St. with colorful rocks and potted plants on Wednesday.

After the May tornado, Capital Arts approached The Boys & Girls Club to add some color to the city. Children painted more than 200 rocks and 40 flower pots with inspirational messages and bright colors.

"We really wanted to see how we could incorporate art into our community and also just bring some happiness and joy to them," said Leann Porrello, the Executive Director of Capital Arts.

Porello said others from around the community, and even outside Jefferson City, helped paint another 100 rocks to add to the event.

Fifth grader, Madison Phillips, said she painted a galaxy on her rock because the stars help brighten peoples hearts.

"Galaxies are beautiful and really colorful and so I did that to stand for Jefferson City because we're a colorful city and we are also a beautiful city," said Phillips.

Porrello said the rocks and flowers were well received by the community.

"The flowers represent re-growth, we have come together, we will re-grow we will rebuild and flourish together. And then the rocks was to spread those inspirational messages and cheer," said Porrello.

The project also helped the children involved, according to Stephanie Johnson, CEO of the Boys & Girls Club of Jefferson City.

"Art gives children an opportunity to express their feelings and their thoughts," said Johnson.

As they painted rocks volunteers talked to children about how the tornado impacted them. Johnson said this helped those kids process and talk through some of their experiences.