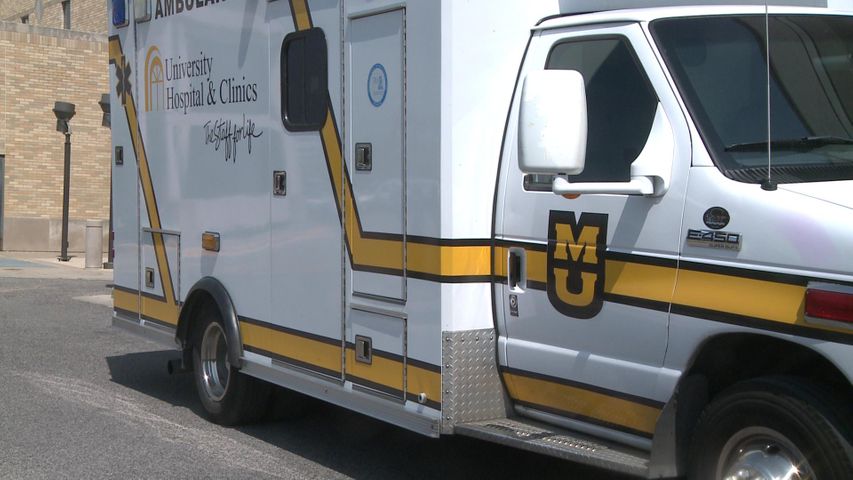 She was the first neonatologist on staff in 1971 and aided in transporting the first baby. James said a lot has changed in the past 40 years.

"Things have really changed since 1973. Certainly we're in a different place now, we're in the old Columbia Regional Hospital, we have a new Women's and Children's Hospital. When we functioned at University Hospital, we had one area on one floor of the building and here pediatrics is located in the entire hospital, which is very good for care as well as lots of other things."

The celebration included showing off the latest ambulance from 2011 that was custom built for babies and children. The advances in this vehicle include side-load doors that ultimately keep everyone safer in the event of an accident, as well as the ability to transport twins if necessary.

John Pardalos, the medical director of the Children's Hospital Critical Care Transport Service, said the teams plan to "keep doing what they're doing." He said the "team members in the back are actually facing either front or back instead of sideways so it's a lot safer for travel on the highways."

The ambulance is equipped with a pull down TV / DVD player so older children can watch cartoons while EMS attendants take them to the hospital.

Prior to the announcements starting, the hospital's Staff for Life transport helicopter landed in the parking lot in honor of the celebration.

James said the best part of the celebration was being able to see a lot of people she hadn't seen for a long time and shared many good memories with.