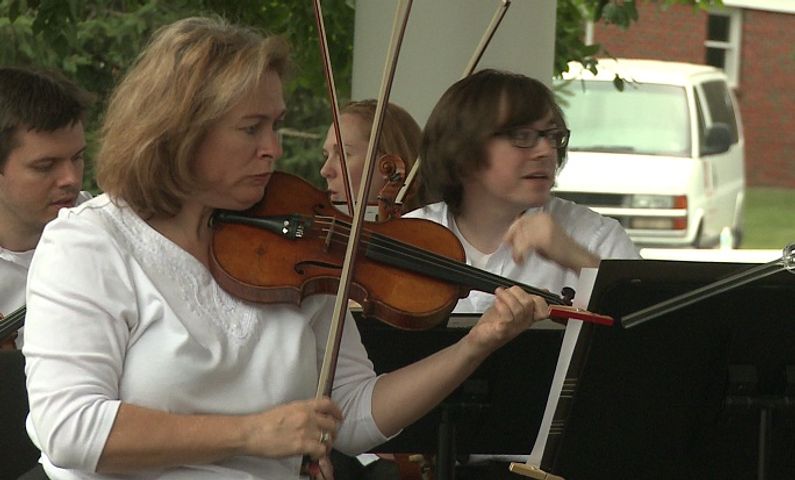 COLUMBIA - As one of the first Suzuki violin teachers in Columbia, Siri Geenen has taught for 18 years. Among the 200 students she's had over the year, the youngest is only three-year-old.

It's almost impossible to teach a three-year-old to play an instrument with the traditional method of learning music. But it is normal to start music lessons at three with the Suzuki method.

Geenen said the Suzuki method uses the mother tongue method, which means children learn music similar to the way they would learn a language.  Children learn how to play music by using their ears, hearing the music over and over again and practicing often.

A typical Suzuki violin lesson usually lasts about 30 to 45 minutes. During the lesson, the kid is asked to repeatedly perform the segment. The instructor will also play with them for practice. The student does not need to know how to read notes until about a year into the lesson or when they reach the age of five.

In the Suzuki philosophy, parents are required to join the class, pay attention, and to teach the kid during the rest of the week. Because the kids are too young to be self-disciplined at the age of four or five, parents' commitment is very important.

Frances Dickey always attends the lesson with her son. She said it's a great way for kids to learn music. When they start they can't read music but they can start by ear.

Dickey is also a violin player. She started at the age of eight, while her son started at four. She said her son is making incredible progress though this method. Her 9-year-old son can now play the piece she learned when she was 15.

"My son has a very good ear and a good ability to memorize music, which I wasn't so good at," Dickey said.

Wendy Sims, Director of Music Education for MU's music department, said the some students who started music lessons early did very well, but some children get turned off to the music because it is not creative enough for them.  Some are also turned off because they have to behave in a set way.

"Music should be playful. It might be a little bit to young to start music formal lessons before children get to the school age," Sims said. "To start music lesson at the age three or four may inhibit some of their future music development because it is too structured and maybe too stressful. And children will be better off if they were doing more creative activities."

Recent studies suggest that early music lessons have long-term benefits for kids. Sims said although it is a big investment to provide music lessons to children. She suggests parents could provide cheap and homemade instrument to get their kids started in music.