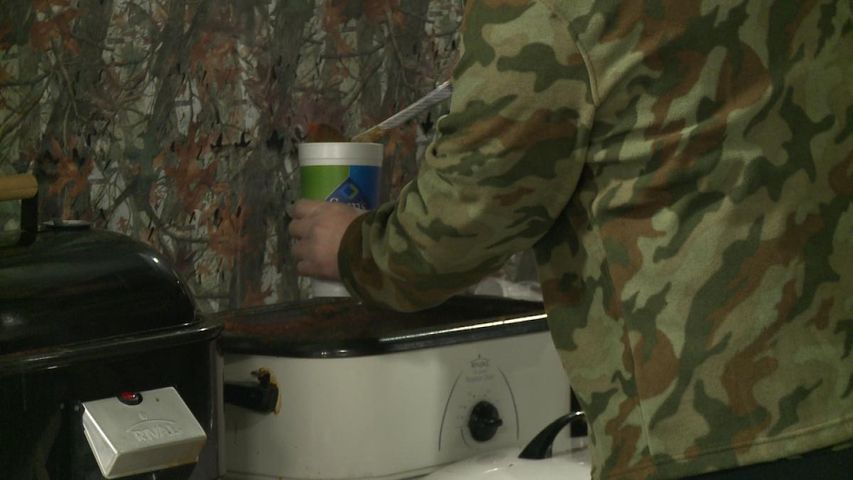 BOONE COUNTY- Despite the cold temperatures, many people came out to the Boone County Fairgrounds Saturday to cook up some chili for a good cause.

Executive Director Valorie Livingston said many of the teams that competed in Saturday's cookoff were sponsors of the event, and some of the teams have been sponsors since the very first chili cookoff in 2005.

When asked about how the weather affected the cookoff, Livingston told KOMU 8 News she was worried about how it would affect conditions at the fairgrounds, but hoped people would see the cookoff as a way to get out of their houses after the storm.

"We know everyone has been cooped up in their houses for a few days, so we hope everyone can come out and enjoy some time out of their homes and eat some chili for a good cause," Livingston said.

Students from the Trulaske School of Business at MU also participated in the chili cookoff. Executive Chef Bobby Hofman said even though it was the first time his team was competing together, he is ready for the challenge.

"We also are much lower on funding, you'll see that there's a lot of people who..have these really fancy tents, and we're just here cooking chili. It's all about the chili taste for us," Hofman said.

He also told KOMU 8 News his team ran into some struggles, such as losing electricity and having no place to prepare their chili, before coming to the cookoff but is confident that his team will prevail and score well with the judges.

Livingston said she hoped to raise at least $65 thousand dollars for the Boys and Girls Club of Columbia.