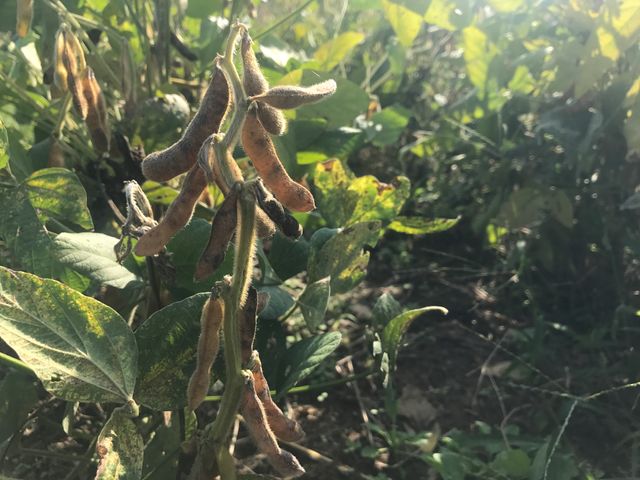 According to Markets Insider, soybean prices have fallen 2.38 percent to $9.04 per bushel.

Spencer Tuma, the director of national legislative affairs for the Missouri Farm Bureau, said the drop affects farmers across the state.

“Agriculture of course is a very cyclical business. We have our ups and downs and our ebbs and flows, but this situation with trade has been particularly concerning,” she said.

Missouri is ranked first in soybean exports and sixth in soybean production nationwide, according to the Missouri Department of Agriculture.

“Especially with prices, farmers would have fewer options for exports and would have to lower their prices,” he said.

Tuma said, because of those numbers, the bureau is monitoring the potential trade war with China very closely.

“Farmers depend on international trade for about 20 percent of their overall income so it’s very important that we have secure markets around the world,” she said.

Gerlt said Missouri sends more commodities down the Missouri River to the Gulf of Mexico, which may help the state in the end.

“We can rearrange trade patterns, or Brazil can pick up more of the demand, but even then it will still lower soybean prices to some degree,” he said.

Tuma said the bureau hopes negotiations will continue with the U.S. and Chinese governments.

Gerlt said the tariff is not set in stone as negotiations are happening every week.

“We are all kind of just waiting. If farmers haven’t sold any before harvest and all this gets resolved before harvest., they may be completely fine,” Gerlt said.

The recent farm bill that passed in the U.S. Senate provides a safety net for farmers and ranchers during periods of low economic development and low prices, she said.

The bill was previously okayed by the House. It still has to be moved through a conference committee and eventually signed by President Trump before it becomes law.

Tuma said, with or without the bill, the bureau wants to ensure Missouri farmers are not victim to a full blown trade war.

"Farming is a very unpredictable and uncontrollable business and net farm income is the lowest it’s been in 12 years," she said.

Gerlt said harvest time starts in the fall and is at its peak in the months of November and December.

According to the U.S. Department of Agriculture's National Agricultural Statistics Service’s acreage report released Friday, an estimated 89.6 million acres of soybeans was planted in the United States for 2018, down 1 percent from last year.

“At this point in the growing season, it’s too late to turn back so farmers are going to have to react to this trade situation based on what’s already in the ground,” Tuma said. “We can’t take it out and put something new in so that’s all the more reason for us to hopefully find a solution very quickly.”