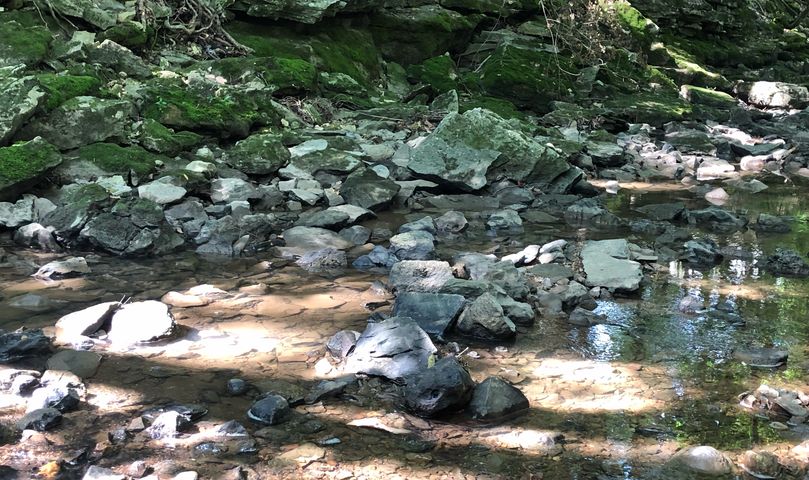 DNR said it got a report from a concerned person about possible contamination on July 15. DNR's northeast office responded to the report the same day.

An investigation by the DNR and the Department of Conservation found a leak in the Albert Oakland Aquatic Center's drain line dumped chlorinated water into Bear Creek.

Irene Crawford, DNR regional director of the northeast division, said chlorinated water leaks are a significant issue because they have an "immediate impact on aquatic life."

DNR confirmed that the leak was stopped the same day the department and the city were notified about it.

Dwayne Barnes, who has lived near the aquatic center and Bear Creek for almost ten years, said he is still concerned about the leak.

"The damage is done," he said.

He believes it is up to the city to make sure a leak does not happen again.

"We're not on the city council, or the city, or the mayor or anything like that, so it's basically up to them," Barnes said.

Crawford said the chlorine in the water will dissipate over time, although the exact amount of time depends on how much of the chemical leaked into the creek.

Columbia Parks and Recreation declined to interview with KOMU 8, but the department later issued a press release.

It said that the city learned of the leak on July 13, and after several days of searching, it found that an old drain plug was the source of the leak.

The press release said the drain plug has been replaced and the Parks and Recreation department is continuing to work with DNR and Conservation.

Editor's Note: This story has been updated to include information from a Columbia Parks and Recreation press release that was issued after this story first aired.