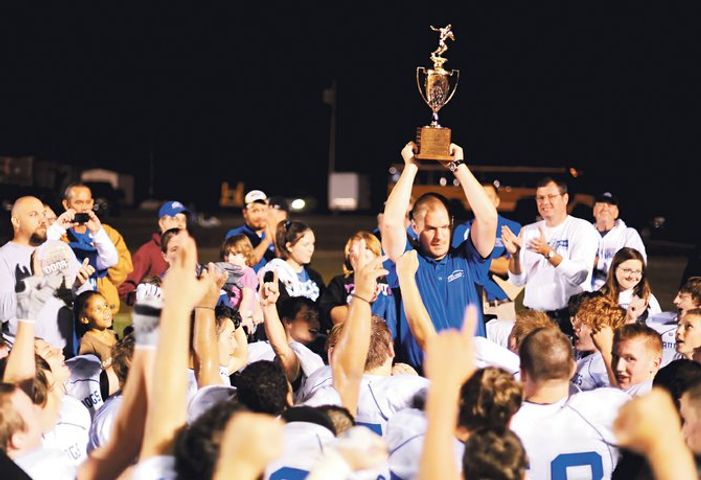 MOKANE, Mo. -- South Callaway football Coach Tim Rulo loves what he does, and who wouldn't? "It's something I've loved doing," he said.

Coaching may be easy, but being a spouse of one isn't, "being the wife of coach, any coach, is really difficult because their investment is in someone that's not your family," Rulo's wife, Anne said.

Coach Rulo understands the difficulties between the commitments, "I wish I could see her more. I mean plain and simple, there are times when we'd send each other texts or an email, or a phone call during the week and say 'Man I miss you.'"

It's because of this that Tim wanted Anne to date him for two years while he was a coach before they got married, "I was really frusterated at the time because I just wanted to marry this wonderful man, but it was really wise on his part. He said, you know, we're going to go through several seasons because I'm commited to this as a really serious thing for our family to do, and I want you to make sure your ready to go for this lifestyle," Anne responded.

Rulo enjoys having Anne on the sideline, involving herself in his commitment, "Anne has embraced being a coach's wife. In fact, she's actually gotten involved with the team and tapes up the players ankles before each game."

Anne doesn't always enjoy her job on the sideline, but anything to help Tim and the team she is more than willing to do, "touching their feet is not all that fantastic, but getting to talk with them, getting to encourage them, getting to say good luck, just getting to be a part of that is fantastic."

"I desired her to partner with me in this, cause I didn't want this to be like, this is Tim's thing. I wanted this to be our thing. When you're doing something together, you're bonded together even more because you just have that similar passion, that heart and it's so powerful."