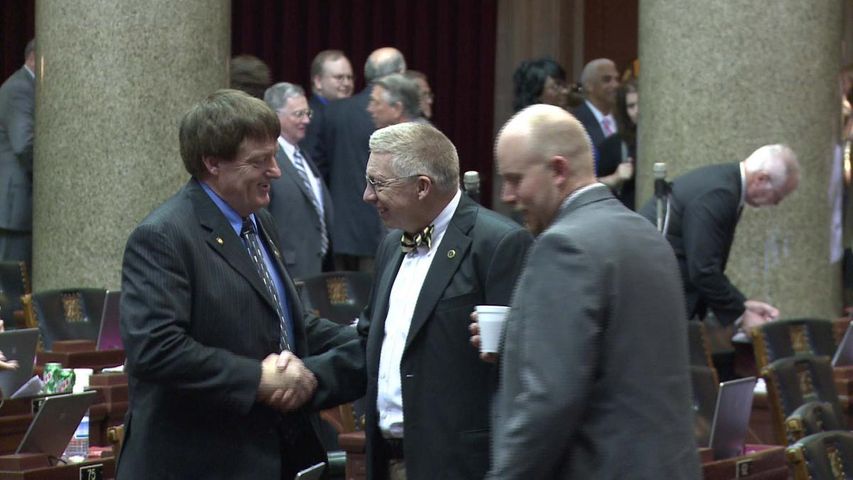 Kelly walked around the house chamber trading handshakes and hugs with members of both parties prior to Tuesday morning's session. Speaking to the chamber at the start of the session, Kelly thanked members of the house for their support during his recovery. He also traded some good-natured barbs that drew guffaws from both sides of the aisle.

"Mr. Speaker, I'm glad to see you and (House Chief Clerk Adam Crumbliss) haven't been indicted yet," Kelly quipped. He was referring to an attempt to access a database containing a list Missouri's concealed-carry permit holders from a house IP address.

Not to be outdone, Speaker Tim Jones, R-Eureka, replied, "And I won't mention the IRS, Benghazi or the Department of Revenue today."

Kelly was taken to Capitol Region Medical Center on May 7 after experiencing chest pains. Doctors there determined he had had a heart attack, and he was transferred to University Hospital that evening so he could be closer to his own physicians.