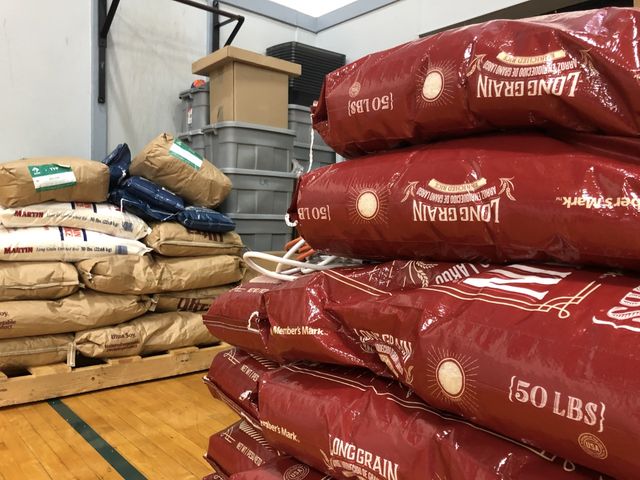 COLUMBIA - Christian Fellowship School will start the giving season a bit early as it launches it's first-ever Serve-a-Thon event today. At the event, students will pack meals- 20,000 to be exact.

"The main goal of the event is to prepare food to feed hungry children," Head of School Scott Williams said. "We know there are many desperate situations around the world, and our school can do something very tangible to help."

Director of Engagement Stephen McBee said students will have intervals of an hour and a half where they will go through a conga line type format to pack the meals. The meals consist of rice, fortified soy, vitamin powder, and dehydrated vegetable oil.

"There’s more protein in our one pound of fortified soy than three pounds of beef," McBee said. "That’s great for growing bodies."

The meals are provided by the Kids Against Hunger organization.

McBee said while some of the meals will be going to local food banks, others will make an international impact.

"We’re asking that [Convoy of Hope] send it to families affected by the hurricane in the Bahamas," McBee said. "America is a really giving nation and when we see a problem we respond to it, but the problem is this time of the year we kind of forgotten and these families are still recouping."

Students of various ages will work throughout the school day to pack meals and help fight hunger. But they don't have to do it alone. McBee said the school has a "pen pal" program where older and younger students are paired up and this event will allow them to grow even closer.

"I think seeing children, ranging in age from kindergarten to 12th grade, participate in the packing assembly line will be inspiring," Williams said.

McBee said he is looking forward to the event, but he is more excited to see how this tradition can continue.

"The first step in the journey," McBee said. "We’ll see where it leads us."

Planning for next year's event has already begun and McBee said he is aiming for having 40,000 meals.

The event will be open to the public starting at 6:30 p.m.