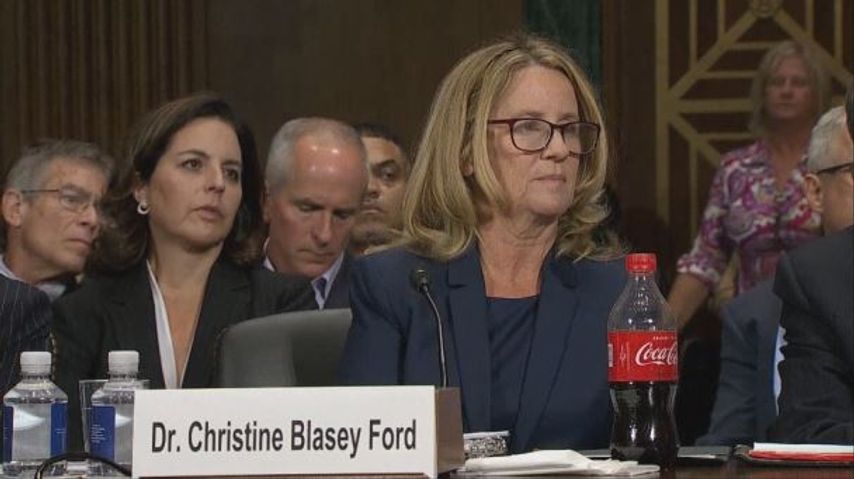 COLUMBIA - An MU law professor who, as a reporter, covered Anita Hill's testimony against Supreme Court nominee Clarence Thomas said Christine Blasey Ford appearance before a Senate committee Thursday has some similarities, but just as many differences.

Ford spent hours testifying before the Senate Judiciary Committee, saying nominee Brett Kavanaugh assaulted her when she was in high school.

Ford says Kavanaugh sexually assaulting her at a party. She's not the only woman to come forward, but she is the first to testify before Congress.

Reuben made space in his curriculum Thursday so his law students could watch Ford's testimony. He even invited the entire law school to join the class and discuss it as well.

Reuben said Ford's hearing is different from all of the hearings that came before it.

He also said there are women on the Senate Judiciary Committee this time. That wasn't the case for Hill's hearing. Another change is the balance of power. In 1991, Republicans were the minority party. Now, they are the majority.

The Republicans' treatment of Ford's claims is also different from what Hill faced, Reuben said.

Reuben said Hill's treatment, overall, was far harsher than what Ford is facing now. Ford has said she started receiving death threats as soon as she came forward.

"In the wake of the 'Me Too' movement, it takes a lot of courage for a woman like Christine Blasey Ford to come forward - and it does," Reuben said. "It took that much more courage for Anita Hill, where she had no support on the committee at all. Did not have the benefit of the "Me Too" movement at her back and was a minority anyway."

In the end, the Senate still confirmed Clarence Thomas. Reuben said Kavanaugh could still be confirmed, too.

"I don't think this one's over yet," Reuben said.